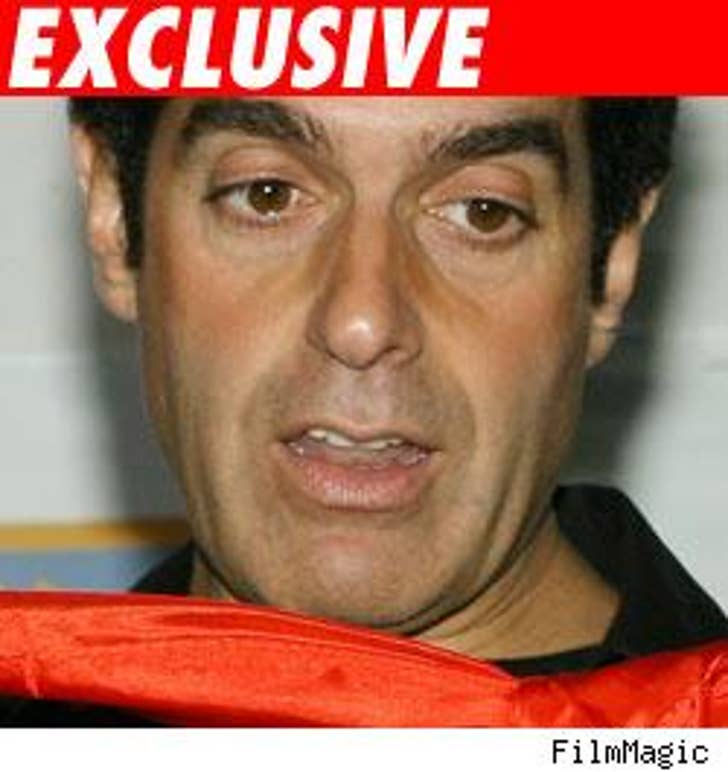 David Copperfield's reps have just issued a statement to TMZ, claiming the documents we posted yesterday were the subject of an extortion attempt against the magician.

The document -- titled "Show Participation" -- outlines intricate steps Copperfield's assistants are required to follow in order to help David meet attractive women at his shows. The women are told about David's islands in the Bahamas and prospects for employment.

David Chesnoff, Copperfield's lawyer, issued a statement to TMZ: "Recently, Mr. Copperfield was the victim of an unsuccessful extortion attempt by a disgruntled former employee. We believe these documents are a smear campaign which is a product of that unsuccessful shakedown effort."

Chesnoff goes on, "The distorted and twisted claim that these meet and greets were designed as a dating service for Mr. Copperfield is ridiculous. In fact, thousands of audience participants were greeted in this fashion."

A Seattle woman claims she was in the audience when David met her backstage, invited her to the Bahamas and then allegedly raped her. Copperfield denies any wrongdoing. Chesnoff also told TMZ, "The innuendo that voluntary meetings with audience members has anything to do with forced, non-consensual activity is both untrue and unfair."

Check out the segment on the "Show Participation" document from last night's TMZ TV.