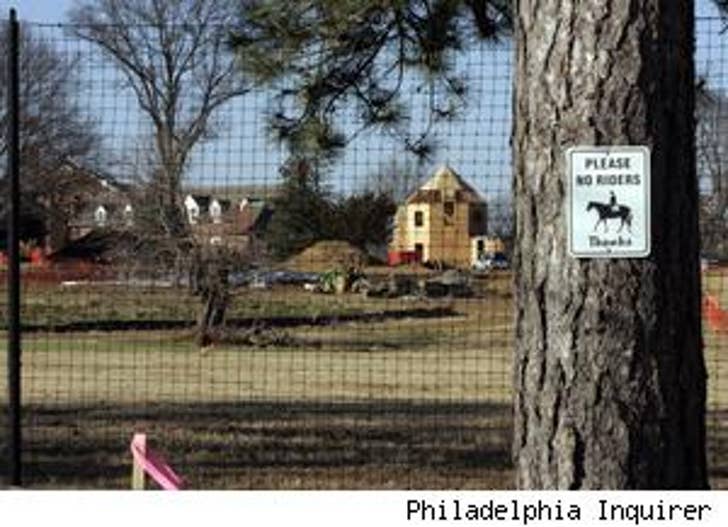 It isn't a pretty fence, but M. Night Shyamalan gets to keep it!

A judge in Chester County, Penn. has ruled that the "Sixth Sense" director can keep his 123-acre property wrapped in this yucky 8-foot high green mesh -- much to the horror of his neighbors. I see pissed-off people!

Residents of Willistown Township complained that the plastic netting was an eyesore, but local officials ultimately sided with the filmmaker, who argued it was the only way to keep deer from decimating a network of floral gardens on the property he purchased in September 2006.

Cher scored a similar victory in 2003 when she donated $125,000 to the city of Malibu in exchange for permission to keep her tennis court surrounded by a 10-foot wall.