Nick Hogan's camp is trying to turn the tide of public opinion by offering up exclusive new video shot just a few hundred feet from the sensational August 26 crash that left his former Marine buddy in a vegetative state. 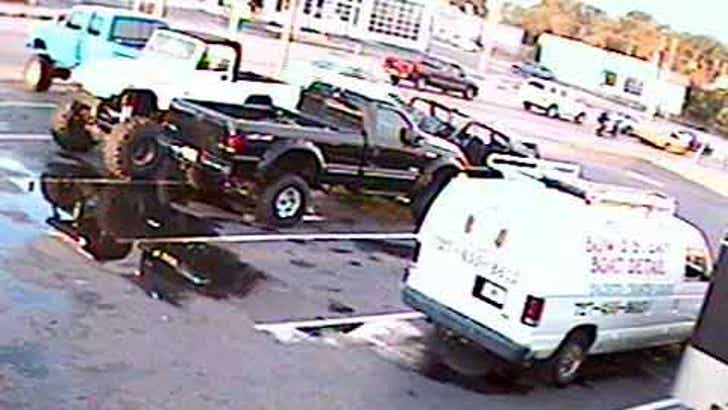 The images, captured by a nearby security camera, appear to show Hogan's yellow Toyota Supra and another silver Dodge Viper, driven by pal Daniel Jacobs, stopped at a red light mere seconds before the smash-up. Then, they contend, Jacobs' ride momentarily got stuck behind a stalled car. That could contradict eyewitness reports that the Hogster and his buddy were drag racing.

Nick's attorney, Kevin Hayslett, spoke exclusively to TMZ and told us exactly what he thinks the video proves.

"This video is so important," Hayslett says, "because there are people that law enforcement relied upon who said that Nick was driving a particular way on this particular stretch of road. They are claiming that he was speeding during that time period, driving recklessly, losing control of his car. One witness even claims he got to the intersection on Missouri Avenue and Court Street and had to slam on his brakes and nearly went into oncoming traffic.

The allegation of street racing is totally inconsistent with the video. If there is any race going on, even if the Viper was in a race, Nick wouldn't know he was in it because he was so far ahead. That videotape is a complete 180 from what people claim happened and if they are wrong on that, how can we be sure they are right on other things?

I think eyewitness testimony is the least reliable. That's why we have instant replay in football."