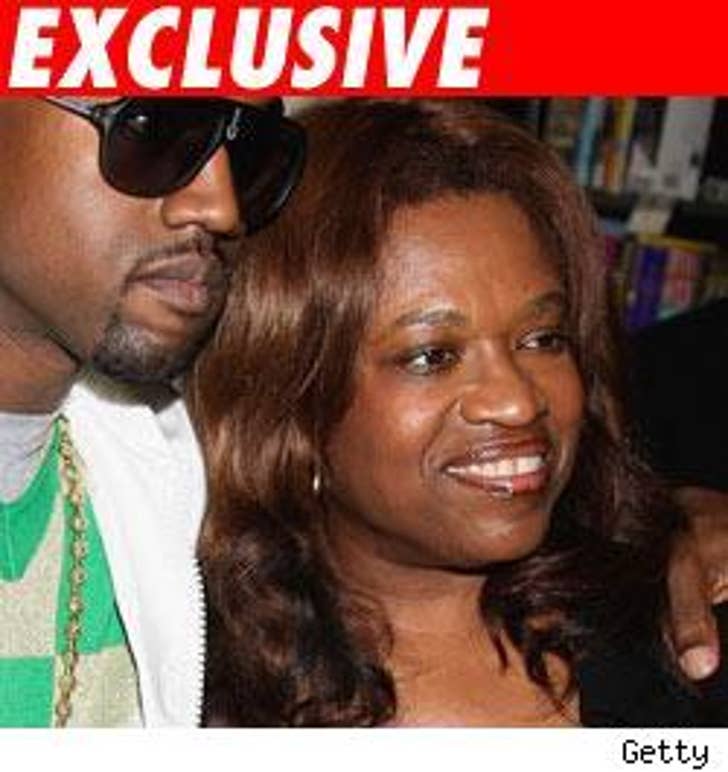 Sources have confirmed to TMZ that Donda West, rapper Kanye West's mother, may have died either on the operating table or shortly after the procedure while in a recovery room.

Here's what we know: Sources tell us several months ago, West was scheduled for cosmetic surgery and she had been booked at Le Palais Chantique in Century City, a posh, hotel-like recovery center. We're told West postponed the surgery and therefore never showed up at Chantique.

There are two high-end recovery centers in L.A.; Chantique and Serenity in Santa Monica. TMZ has confirmed West was not taken to either facility this weekend.

If the fatal mishap was the result of a cosmetic surgery procedure, we're told the likelihood is that the complication arose either on the operating table or in the recovery room. The critical time things typically go wrong is in the first two hours after surgery.