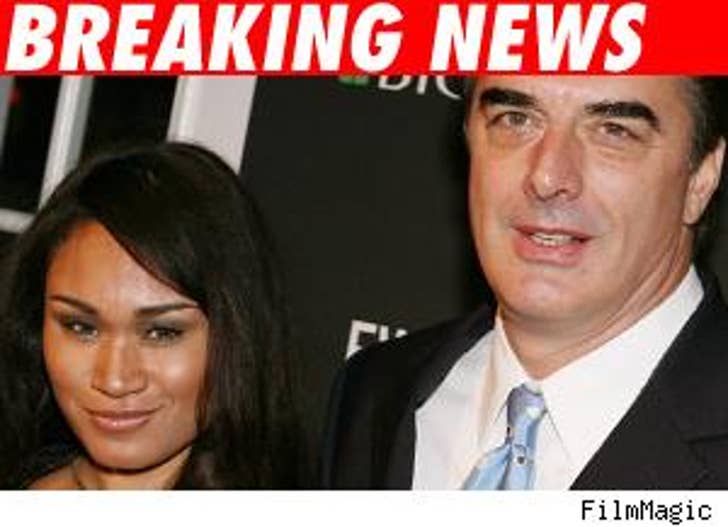 Sexy Mr. Big, real name Chris Noth of "Sex and the City" fame, and girlfriend Tara Wilson, are expecting their first child, according to Page Six. UsMagazine.com confirmed it with Noth's business partner this afternoon.

Noth's rep confirmed the pregnancy and issued the following statement: "Chris and Tara are very happy and have always agreed to keep what is most personal in their lives private." A source claims Tara is five months pregnant.

No wedding plans have been announced. No surprise there -- Mr. Big will never commit!