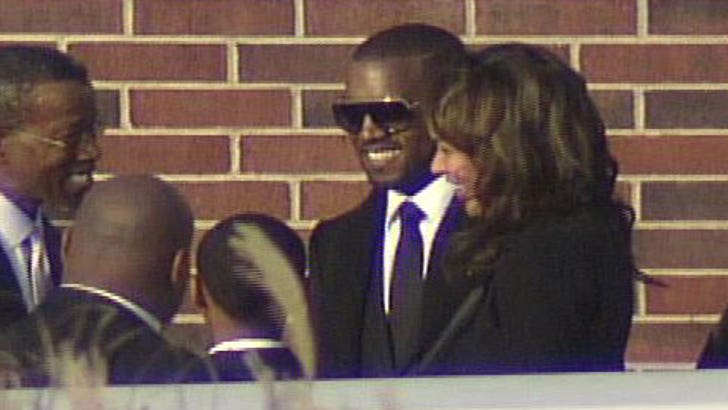 The ceremony was held at the True Vine Ministry church, which can hold up to 2,500 people. Beyonce and Jay-Z attended the services, and John Legend and Anita Baker performed, according to AccessHollywood.com.

Kanye reportedly broke down inside the church while talking about his mother, saying he wanted her to not "rest in peace, but rest in paradise."