The Hogan family has come out strongly against street racing since Nick's brutal crash -- but just two years ago, another Hogan was screaming its virtues!

ABCActionNews.com out of Tampa Bay, Florida has uncovered video from 2005, showing mom Linda Hogan drag racing another vehicle, with daughter Brooke in the passenger seat. The video, from a documentary called "Vehicular Lunatics," also shows Linda boasting, "I love it. The rush, the speed on the road ... racing in between all the cars, dodging the cops. It's awesome."

The Hogan family maintains that speed was not a factor in Nick's car crash. The victim of the crash, John Graziano, remains in a coma. 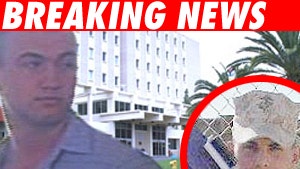