Thanksgiving is a season of giving (thus the name), but the only thing being dished out on Hollywood Blvd. Wednesday night was a butt whuppin'.

What started off as an awkward hug devolved into a brawl outside the hotspot Mood. Security eventually stepped in, but not until after one shirtless guy took several kicks to the back. 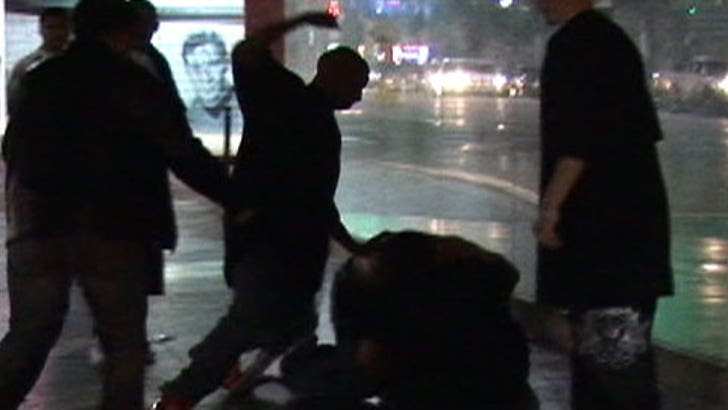 The wishbone wasn't the only thing cracked this Thanksgiving.