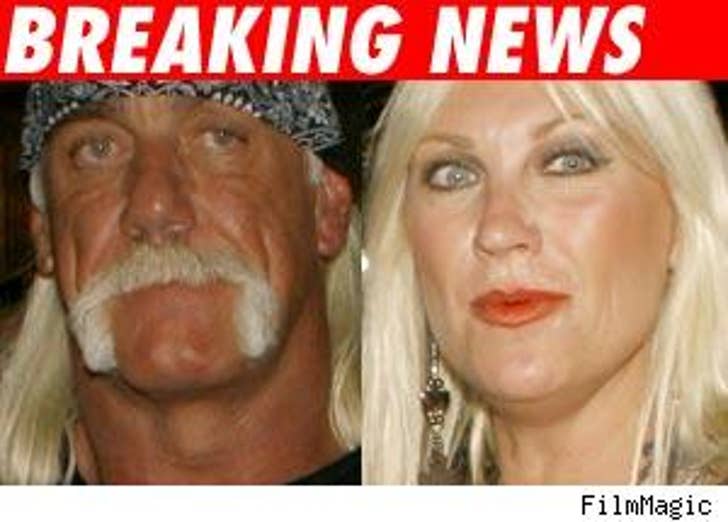 TMZ has obtained a document from the Pinellas County Court website which states that Hulk Hogan's wife has filed for divorce.

The document we have does not state the reason for the divorce. The news first appeared on WTVT, the FOX affiliate in Tampa Bay, Fla.

By now you know that last August, their son Nick Hogan crashed his Supra, and his passenger/good friend remains in a vegetative state. Prosecutors have filed reckless driving charges against Nick.