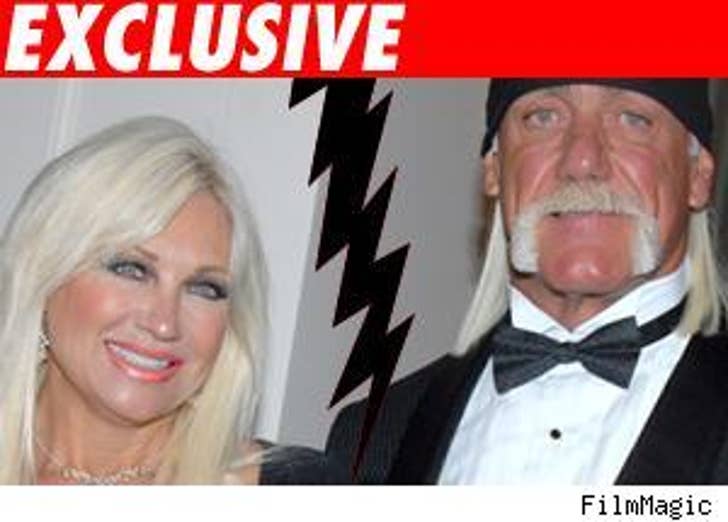 Hulk Hogan and wife Linda have been separated for some time now, and the couple even filmed part of their last season of "Hogan Knows Best" while apart.

TMZ has learned that Mr. and Mrs. Hulkster have been on the outs since June, and that the divorce filing was not a surprise to the Hogans or people who know the couple. Sources tell TMZ that the couple even filmed part of their reality TV show "Hogan Knows Best" when they were separated. This was a source of problems for production, because they had to play nice while filming scenes together.

Linda Hogan filed for divorce on Wednesday, but the papers don't give any specific reason for the filing. A source tells us that the show has not been picked up for next season.