The clock is ticking for the L.A. City Attorney's Office to file criminal charges against R&B singer Brandy, who was involved in a multiple car crash that killed Awatef Aboudihaj, the mother of two boys. The first anniversary of the accident, December 30, is fast approaching, but Brandy has not been charged. 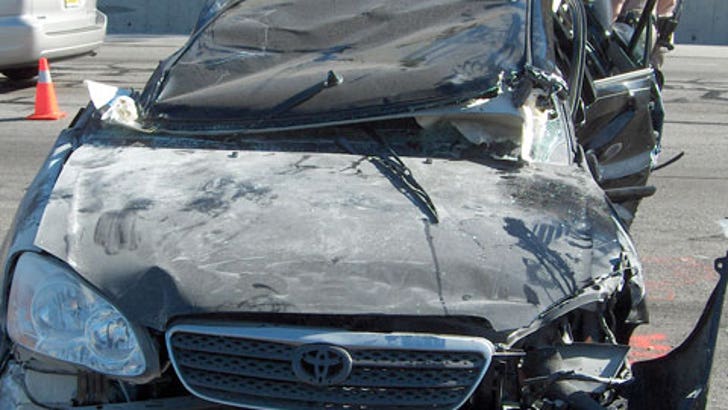 Sources tell TMZ that the City Attorney's Office plans to make a decision at the very last moment. If charges aren't filed, chances are the public wouldn't notice over the holidays -- and the case would quietly go away.

TMZ spoke exclusively with Bill Sayed, lawyer for the victim's husband, Marouane Hdidou. Sayed questioned the delay, saying, "There is a death and obviously reckless driving involved, which is enough evidence for an involuntary manslaughter charge. As to why the City Attorney has taken this long? I think we would all like to know."

Over the past year, Brandy has pursued her usual activities; shopping, partying and living a normal life. Sayed says, "Brandy continues to live life with really no negative results ... doing what Brandy is doing ... as if though nothing has occurred here." He also describes how life has become a roller coaster for his client. "Thanksgiving just passed and he was all alone -- he has no family here."

On December 30, 2006, around 10:30AM, Brandy was driving her brand new Range Rover northbound on the 405 Freeway at about 65 mph -- and didn't notice when traffic in front of her slowed down. She then hit Awatef Aboudijah's car, which veered to the left and was hit by another vehicle before crashing into the center divider. Awatef died at the hospital eight hours later, from massive internal bleeding.