With the kiddos back with K-Fed, working mother Britney Spears pulled the night shift at a Hollywood club -- shooting her new "music" video. 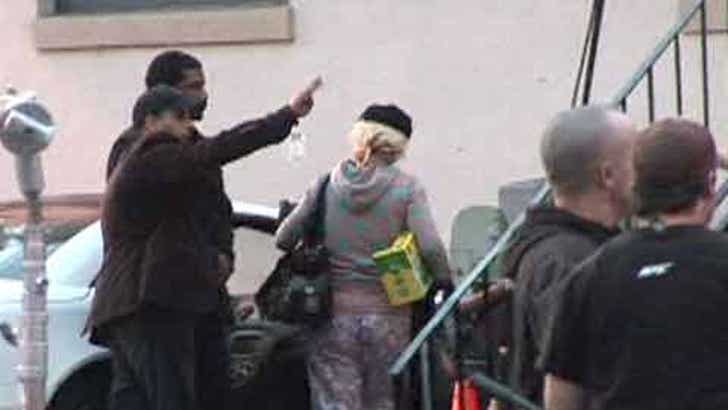 TMZ cameras caught Spears leaving restaurant/club Social around 6:30 AM, where her new video for "Piece of Me" had been filming since 9:30 PM Tuesday. Spears both arrived and departed in her pajamas, with Sam driving the new Britmobile.

Cameras caught the video's director, Wayne Isham, after the shoot -- who had only good things to say, like, "She's a beautiful professional!" Of course she is!