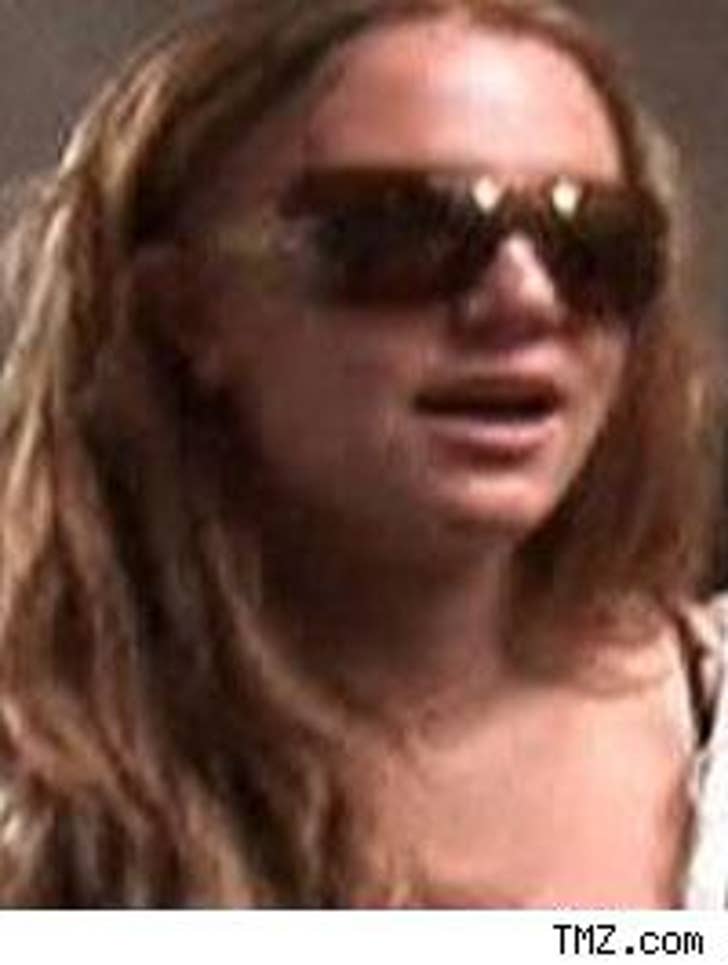 Dangit! Usmagazine.com is reporting that Britney's friend, Sam Lufti, is going in front of a criminal judge on December 18.

Here's the poop. A few months back, Lufti really didn't want to get served, a subpoena that is, in the Britney-FedEx epic custody battle. So what did he do? He tried to get away, but allegedly drove his Mercedes right into the process server's car. He showed him!

Police at the scene called it an "assault with a deadly weapon," but charges were reduced to a "vehicle vandalism incident." Brit's adviser was eventually served to appear in the custody dispute, as the warrin' exes continued to fight over the kids.

Barbara Walters Has No Friends

Ice Princesses don't need a MySpace page, but Babwa Wawa signed up anyway. Turns out the news anchor has only two friends (who just so happen to be on her 10 Most Fascinating People list of 2007) -- and is depressed about her limited following. Perhaps they saw "The View" bubby on TMZ. The hostess says she would be "very depressed," (on her Sirius radio show via People), if no one wanted to be her friend. Awwwww-wa.

Drew Barrymore and the Mac guy are hotter than Xmas iPhone sales. Justin Long, the former "Ed" star tells Usmagazine.com, "I just feel very blessed." And well he should. ... Mr. Madonna told EXTRA that he and his multi-millionaire Material Girl give their 3 kids, just 3 presents each for Christmas. They didn't say if they were of the mini Rolls Royce variety. ... In dirty and gross old man news, Mick Jagger hopes an avocado and goji berries diet will help his little tadpoles swim upstream, so says Showbizspy. The father of 7 wants "One More Try" at being a Baby Daddy.