Rainmakin' rapper Lil Wayne's constant companion -- other than controversy -- is his trademark triple stack of styrofoam cups. What's in there?! 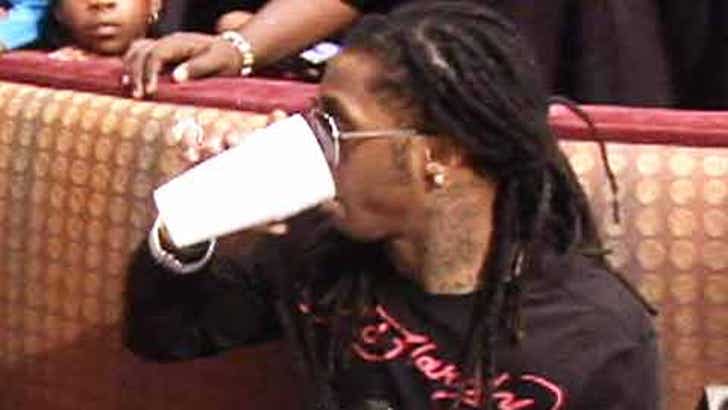 TMZ caught up with Lil Wayne and his recently pinched mentor, Baby the "Birdman," collecting swag at the Ed Hardy grand opening in the Beverly Center -- where Wayne sipped on his three-cup concoction for all the kiddies to see.

Last week, Weezy and his drinking buddies struggled to host a party at Pure Nightclub in Atlanta.