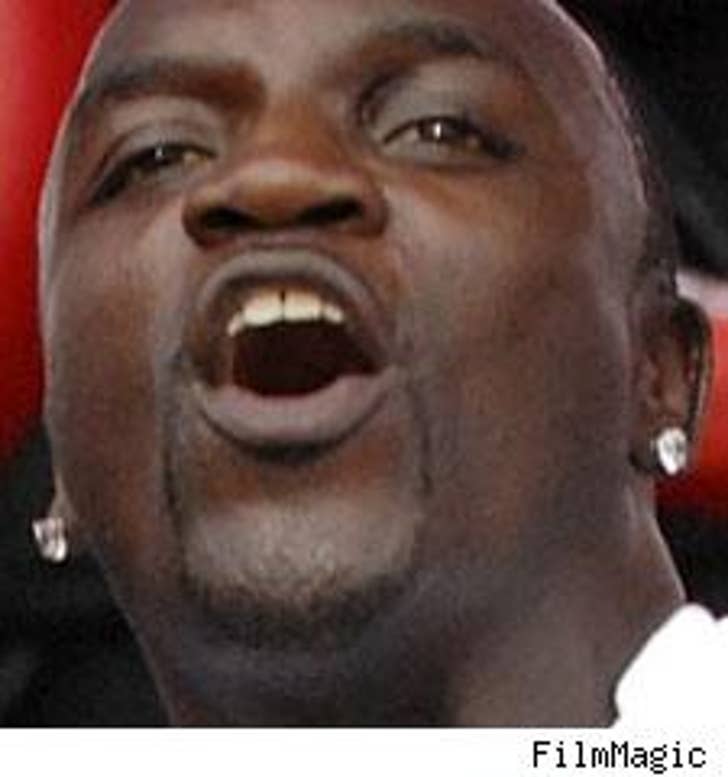 Rapper Akon has pleaded not guilty to charges of endangering the welfare of a minor and harassment, after allegedly tossing an underage fan off a stage.

Akon showed up at the Fishkill, NY Police Department today to be processed -- in advance of his scheduled 9:00 AM court appearance. He rolled up in a black Cadillac Escalade SUV -- natch.

The town justice released the 34-year-old singer on his own recognizance following his brief court appearance. Akon was told that he will not be forced to be present at future court appearances and his lawyer can stand in for him. His lawyer, Benjamin Brafman, who has also represented P. Diddy, said in a written statement "It was never Akon's intention to violate the law. This unfortunate incident was a spontaneous reaction during a live concert that Akon deeply regrets."

The next court date is in January.