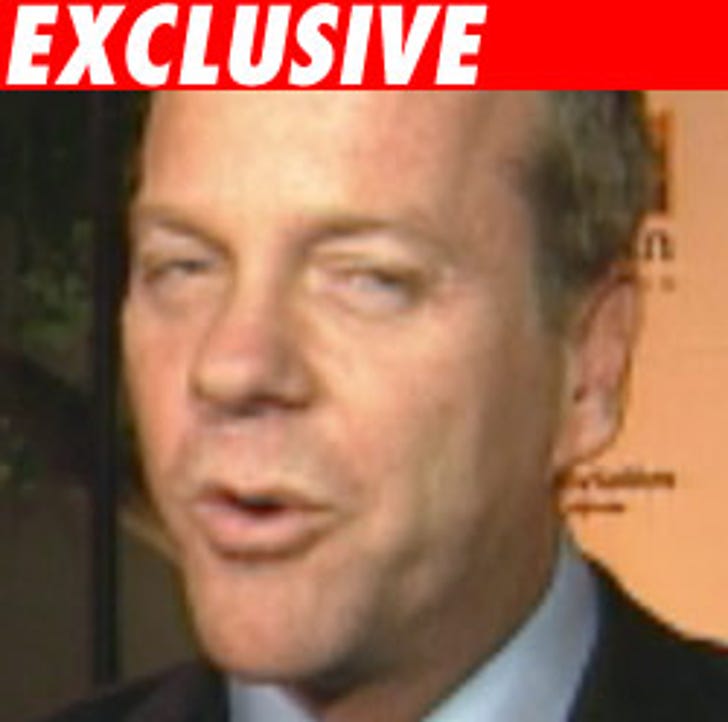 UPDATE: Kiefer was just booked. He is officially an inmate. The booking records show he is 5'10", 150 lbs, blue eyes, blond hair, 40 years old. The arrest time (surrender) was 5:30 PM and he was booked 16 minutes later. According to Glendale PD PIO John Balian he will wear a standard issue orange jumpsuit.

TMZ is at the Glendale City Jail where Kiefer Sutherland is currently being processed. We're told he is wearing slacks and a collared shirt ... for now.

Jail officials tell us he will be searched, have a booking photo taken and be placed in a holding cell awaiting cell assignment. We're told he'll also be served dinner tonight. We hear the chicken ala king is the best!

He was scheduled to turn himself in on December 21, which happens to be his birthday. The plan was to serve when the show was on Christmas hiatus. But because of the writers strike and the fact that the show is on ice, Kiefer checked in earlier. 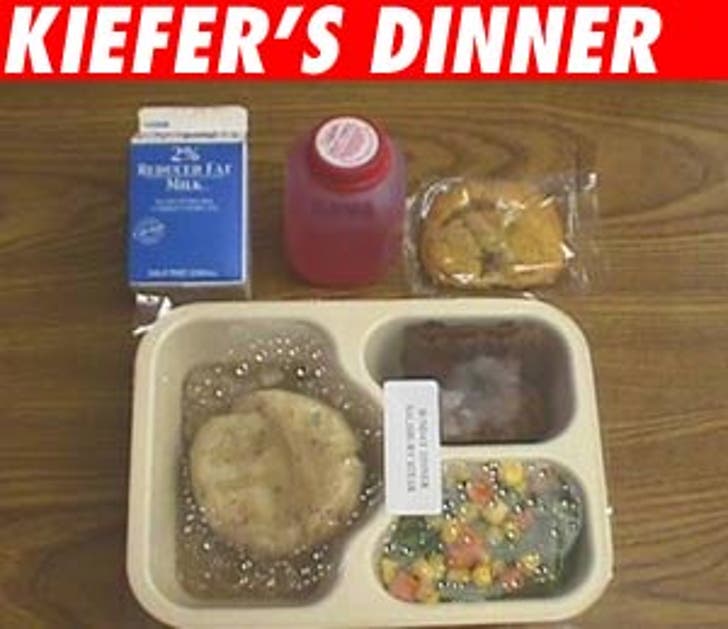 The Glendale City Jail has 96 beds and 48 cells. The cells are double occupancy -- 10 x 8. There's a toilet, washbasin, water fountain in each cell and a shower in the day room area.

When it comes to visitation, it won't be touchy-feely. All visitations are done on video between 1:00 and 4:00 PM for 15 minutes. A max of two visits per day are permitted.

TMZ spoke with Glendale Police Chief Randy Adams, who said Kiefer will be treated "just like anyone else," adding, "The fact that he's a celebrity -- he checked that at the door when he checked in." Chief Adams said Sutherland will perform laundry and kitchen duties and will serve the entire 48 days consecutively. The Chief said Kiefer will not share a cell, but that is S.O.P. in Glendeezy because all "long term inmates" get their own digs.