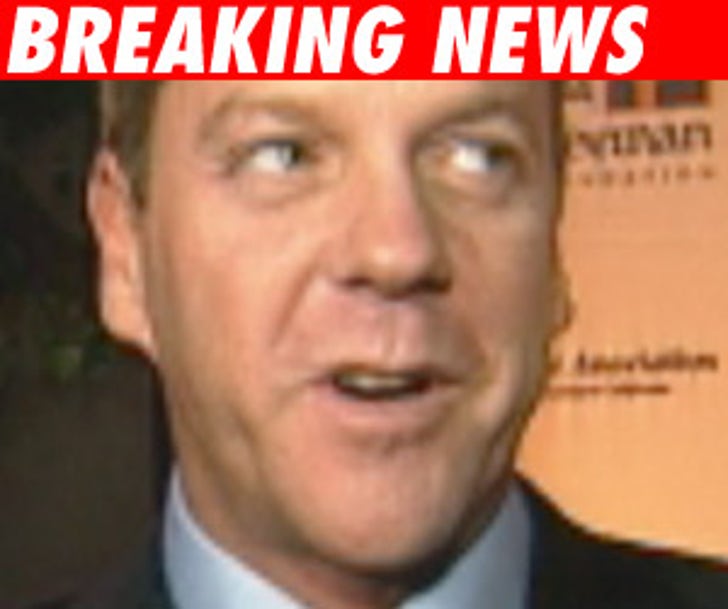 TMZ has learned that Kiefer Sutherland is at an L.A. County Courthouse and the judge has agreed to let him serve his time at a jail run by the city of Glendale rather than the perilous Twin Towers county facility.

Sutherland will serve his 48 days at the Glendale City Jail. He must complete his sentence by the end of March. He then faces 60 months of informal probation -- meaning he doesn't have to see a probation officer, pay a fine, complete 18 months of an alcohol education program and undergo six months of weekly alcohol therapy sessions.

t makes lots of sense for Kiefer to choose a city jail. Sources say Twin Towers has become a nightmare of violence, and jailers cannot guarantee the safety of high-profile inmates.

The probable option if Sutherland chose Twin Towers is that he would be placed in "the hole" -- a solitary confinement area in which he would spend 23 hours a day alone.

This is not a typical "pay for stay" program. Rather, Kiefer will serve a regular county jail sentence through the City jail inmate worker program.