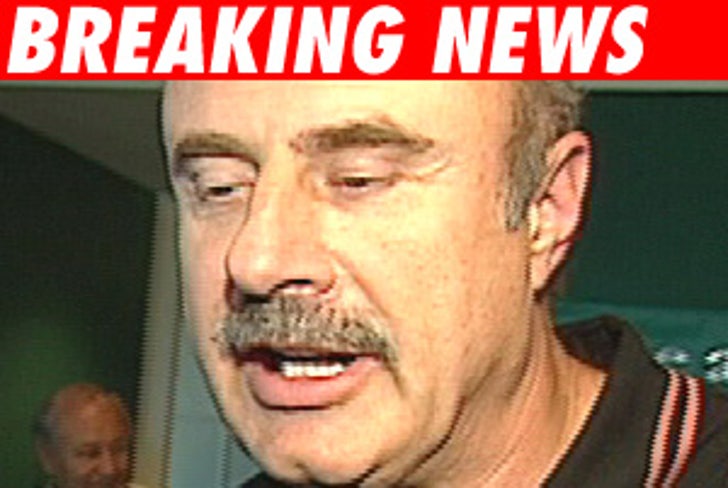 A chartered bus packed with Dr. Phil fans crashed in Hollywood today, after the driver says the brakes failed on the runaway vehicle. Get out of the way!

A spokesman for the L.A. City Fire Department says 19 people were taken to the hospital as a precaution, but there were no serious injuries.

A rep for "Dr. Phil" says the show chartered the bus to take fans to a taping of the show -- they never got there. All is not lost, however, as the rep said the show's producers planned to invite those on the bus back for lunch and to watch the taping of their 1,000th episode. "We're grateful that people are all right, and we hope that their next trip back to Dr. Phil will be less eventful and much more fun," the rep said. "His thoughts are with them."

"Dr. Phil" tapes on the Paramount lot in Hollywood, a short distance from where the bus crashed.