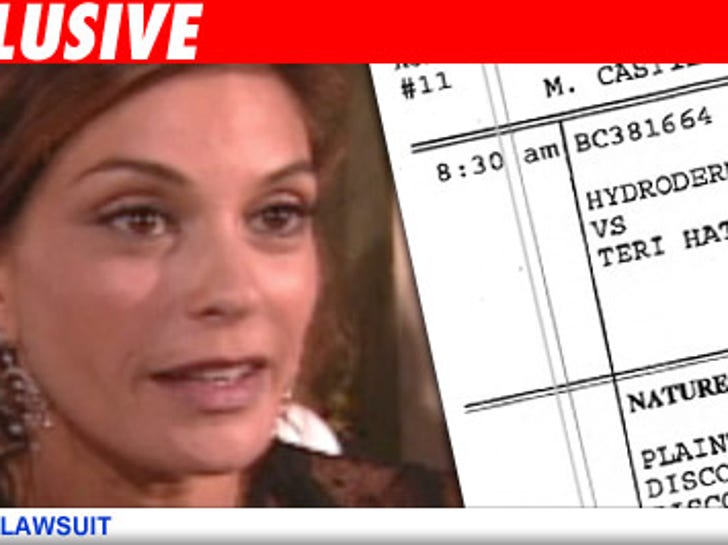 The lawsuit against Teri Hatcher regarding her use of lip plumper is swelling up, and a judge has already weighed-in on the dispute. 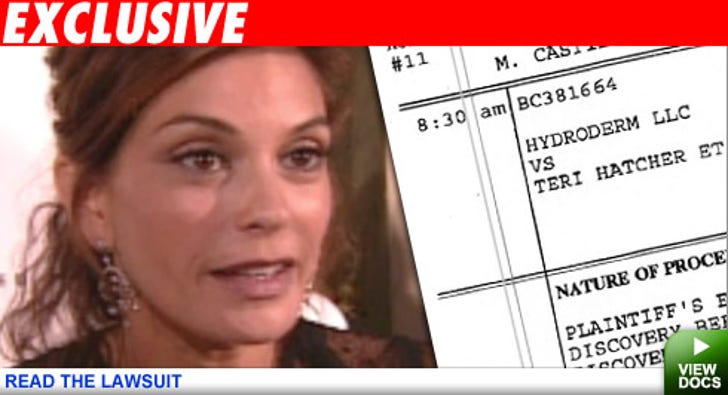 In new documents obtained by TMZ, Hatcher calls the details of the lawsuit "wild and unsupportable allegations."

She claims Hydroderm is trying to pressure her into taking less dough because they have changed ownership and "failed to move the endorsement program forward due to its own corporate paralysis." Damn! Her legal team is also bitter about a "media alert" that went out -- pimping Hydroderm's lawsuit and attorneys to the press.

Hydroderm filed an application to speed up the process in collecting the facts in their case, claiming Teri has violated her agreement with them not once, but with at least 22 other skin care companies. They allege she might use her celebrity status and "personal relationships" with the competitors to "conceal evidence" about the case.

The request was denied. It seems the judge agrees with the desperate housewife on this one.

UPDATE: In a statement released on December 7, Hydroderm said, in part, "Teri Hatcher's powerful entourage of Hollywood lawyers and publicists opposed Hydroderm's application for expedited discovery in Los Angeles Superior Court yesterday. We agree with the judge who correctly stated that Teri Hatcher is not above the law."