A water main broke in an L.A. suburb early this morning, sending thousands of gallons of water through the yard of a home believed to belong to music legend Eddie Van Halen. Look out below! 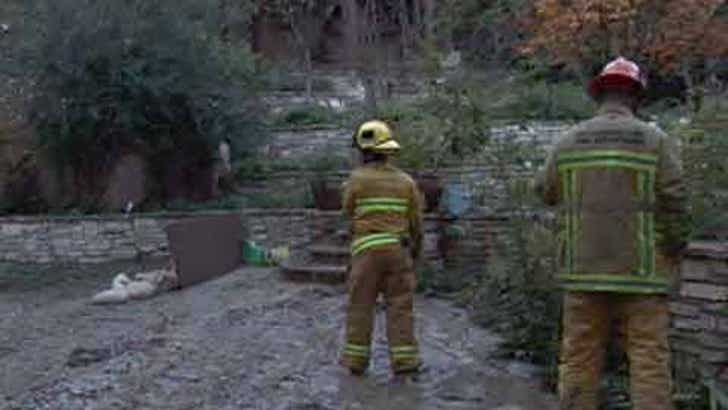 The gushing water snarled traffic this morning in the area around Coldwater Canyon. L.A. Fire officials said the only home affected was Van Halen's, who is currently out of town on tour.

An LAFD battalion chief said firefighters placed sandbags around the home, trying to prevent water from entering the house itself, but mud and debris filled the pool. Luckily it looks like there was no damage to his house.