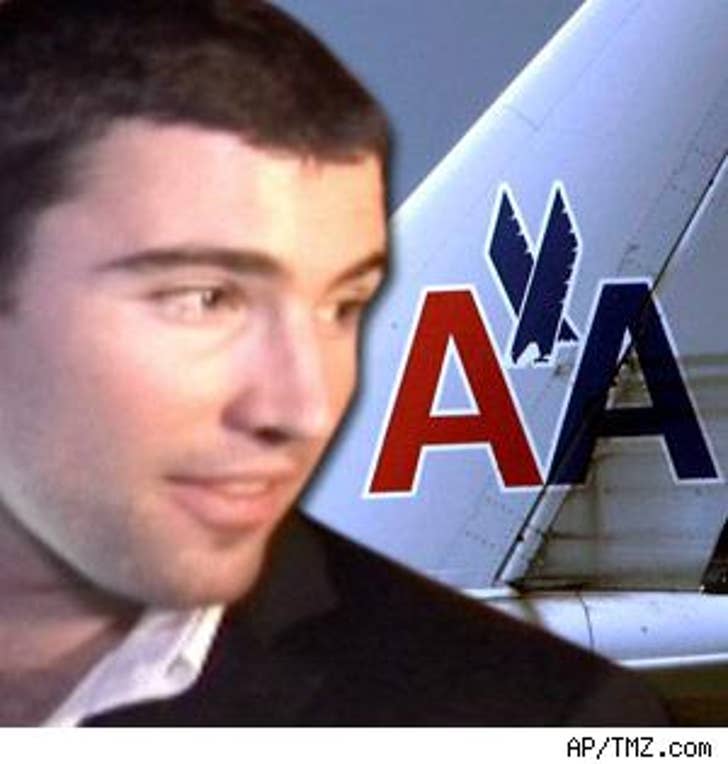 Ladykiller Brody Jenner nearly missed a scheduled appearance at Chicago nightclub Enclave on Saturday night, after he got booted from an American Airlines flight shortly before takeoff in Dallas.

And he wasn't the only troublemaker. An A.A. spokesperson tells TMZ that "several passengers refused to comply with flight attendant's requests to turn off electronic devices. They became verbally abusive toward the flight attendants and were removed from the plane by airport police." For the love of Spencer Pratt!

No charges were filed against the "Hills" hottie and his pals.

TheseBootsAreMadeForStalking.com reports they eventually hopped an ATA flight to the Windy City, where Brody told partygoers, "I guess I won't be flying American Again!" His powers of deductive reasoning are amazing!

Attempts to reach Brody and his reps were unsuccessful.