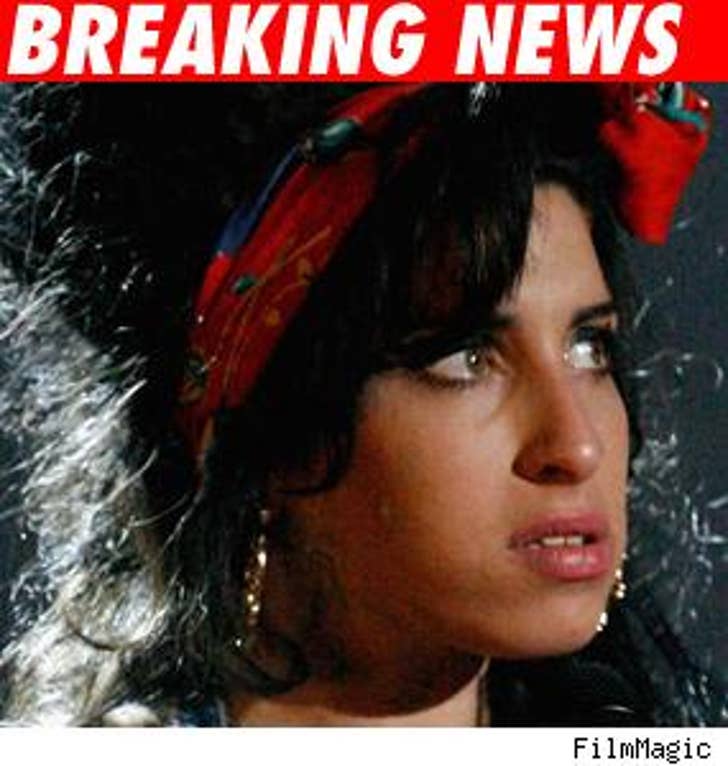 UPDATE: Amy's been released, we're told, pending "further investigation." She's due back at the police station for more questioning in early March.

Yes yes yes! Singer Amy Winehouse has been arrested on suspicion of "perverting the course of justice" -- the UK's version of interfering with a police investigation.

TMZ has confirmed that the arrest was made "by appointment" in London today.

Last month, Winehouse's husband, Blake Fielder-Civil, was arrested for the same thing -- related to the case of an alleged assault on a bartender last June.

Winehouse recently canceled her UK tour, supposedly because she was too upset over the arrest of Mr. Winehouse.

Someone, anyone ... please help!

Her rep confirmed that the singer has been arrested, but explained that this is common practice in the UK. There a person is technically arrested when they are brought in for questioning, but Winehouse has not been charged with anything. This was pre-arranged.