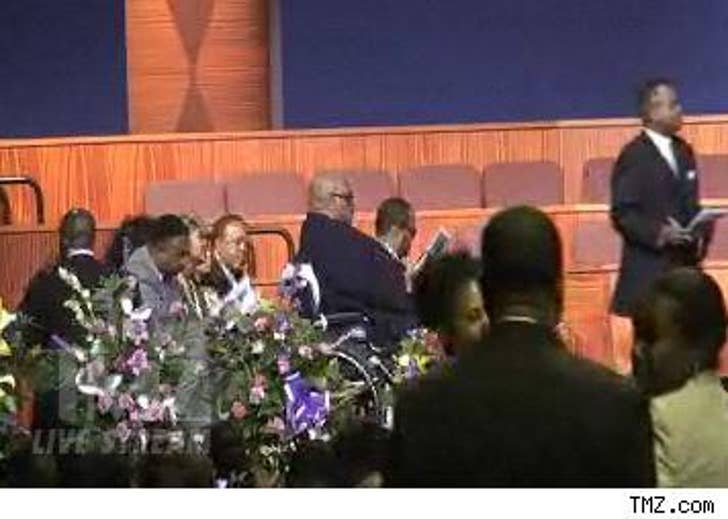 As you may have noticed on the live feed, TMZ was officially booted from Ike Turner's funeral -- and we left a good shot in the city!

Maybe it's something we said ... or wrote. Earlier in the day, we posted video of Ike marrying a woman who claims to be Ike's other wife. But here's the problem, Ike's other other wife is in the church right now -- probably a little pissed off.

You can't beat that.