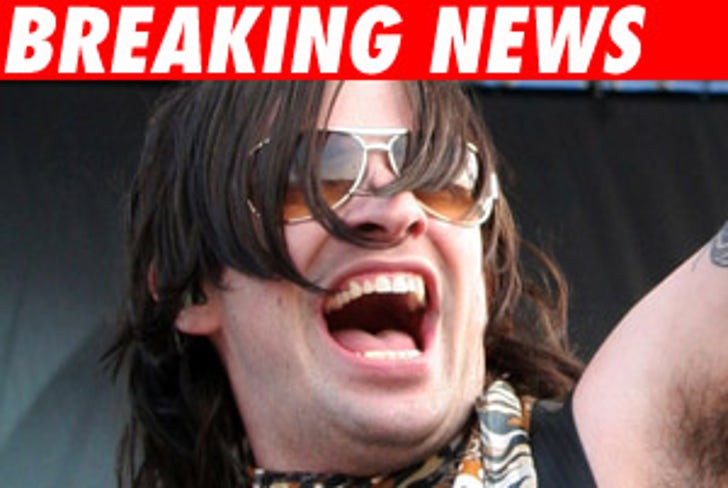 Austin Winkler, the lead singer of the rock group Hinder, was arrested late Saturday night in Jonesboro, Ark. on suspicion of driving while intoxicated. Winkler told police he had a few glasses of wine at his engagement party.

Police administered a breathalyzer test at the scene, where he allegedly blew a 0.16 -- twice the legal limit in Arkansas. According to the Jonesboro Sun, an officer conducted the traffic stop after spotting an SUV traveling without headlights on.

The singer was taken to the Craighead County Detention Center, where he was given a blood alcohol content test and those results showed a 0.15, according to police.

Winkler was cited and scheduled to appear in Craighead County District Court on Jan. 2.