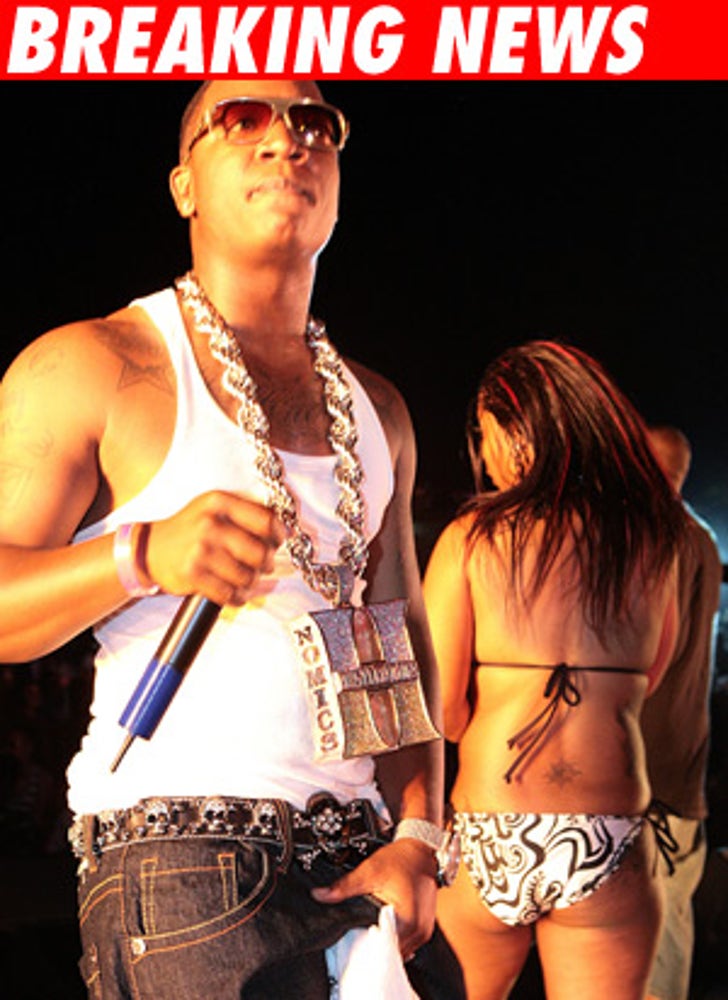 Rapper Yung Joc has been charged with carrying a concealed weapon, after cops say they found a loaded semi-automatic gun in his carry-on bag at Cleveland Hopkins International Airport. It's goin' down!

Joc, whose real name is Jasiel Robinson, was arrested around 6:15 AM Sunday morning, before boarding a Delta flight. He was attempting to go through a regular security checkpoint when police say they found the handgun and ammunition. Cops say the rapper told them he didn't know the weapon was there. Oops!

He was arrested without incident, is now free on $50,000 bail and will be arraigned Wednesday.

His attorney told the AP, "Yung Joc maintains his innocence. He would appreciate privacy as he addresses these allegations."