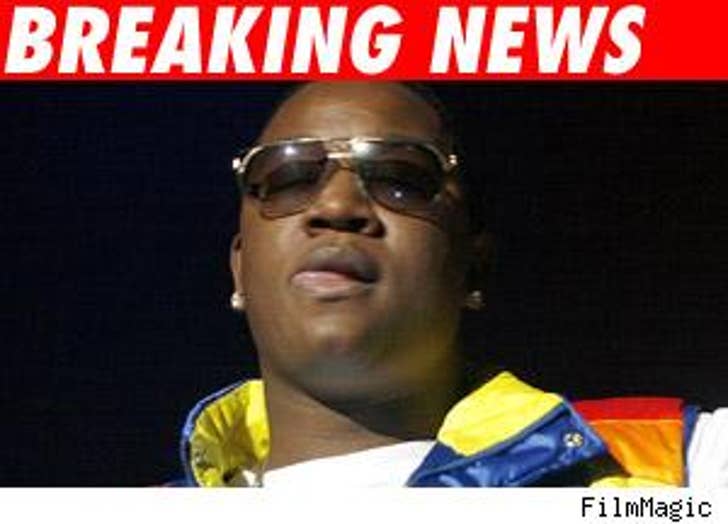 Yung Joc failed to show at his arraignment on felony gun charges this morning, and is now considered a fugitive. You're goin' down!

Cops had arrested the 27-year-old Joc, real name Jasiel Robinson, last Sunday after he tried to go through Cleveland airport security with a semi-automatic weapon. How'd THAT get in there?!

Cuyahoga County assistant prosecutor Gayle Williams told the AP she plans to request a warrant for him. Joc's attorney, Stanley Jackson Jr., was apologetic and said he was out of town on "personal and family obligations.'"