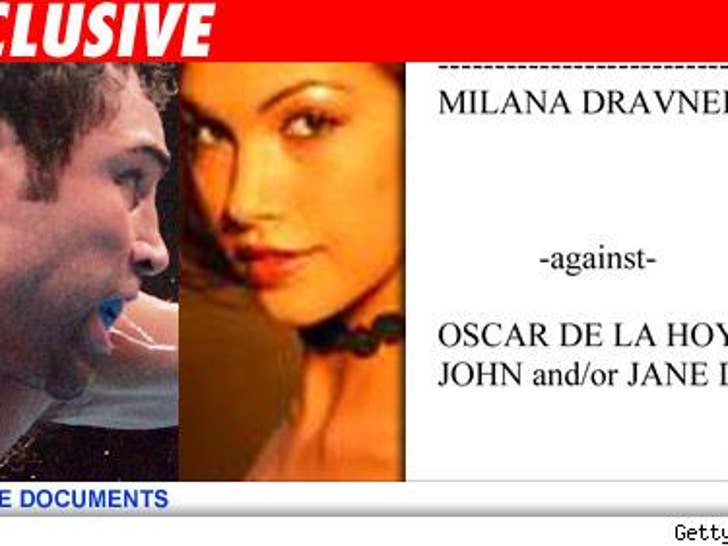 The stripper who claims she had a fling with Oscar de la Hoya -- and has the alleged stilettoed snaps to prove it -- is fighting to get the boxer into the legal ring, while Oscar tries to send the case to a secret arbitration. 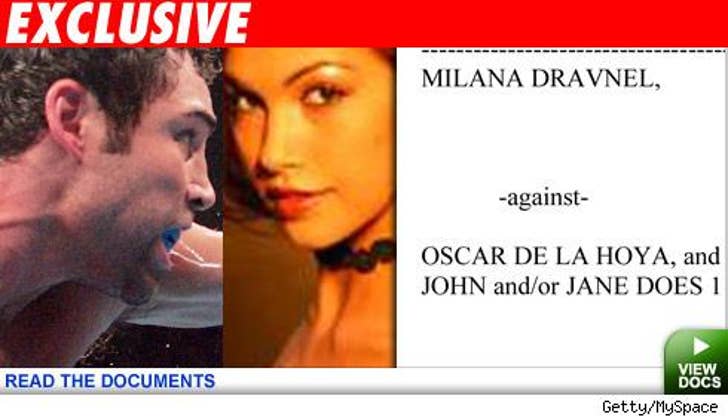 Milana Dravnel has filed a memorandum, obtained by TMZ, trying to throw a haymaker at De La Hoya's recent request to get the case dismissed on grounds that she agreed to arbitrate her claims against the Big O. Milana, through her lawyer Salvatore Strazzulo, says that she never made any formal deal with Oscar to go to arbitration, much less any agreement to publicly disavow the photos.

Yeah, it sounds like a lot of legal shadowboxing to us too -- but the gist is, she wants a public trial to get the $100 million she's suing him for, and he wants the whole thing handled in secret.

Oscar's lawyer didn't immediately respond to a call for comment.