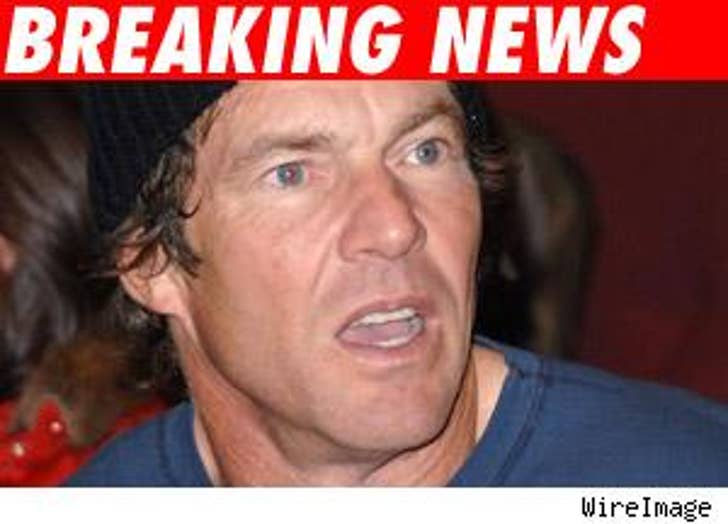 A citation has been issued against Cedars-Sinai for a massive medical mix-up that injured three newborns, including the newborn twins of actor Dennis Quaid.

The L.A. Times is reporting the California Department of Public Health found the hospital failed to "adhere to established policies and procedures for safe medication use ... These violations caused, or were likely to cause, serious injury or death to the patients who received the wrong medication."

The twins recovered and are home.

The report also indicates the hospital's practices "created a risk of harm for all hospital patients." According to the report, hospital staff and nurses failed to check labels before they administered the drug to the patients, including the Quaids. They also did not maintain proper records of the medication that was used, even though there were already policies in place to prevent this type of mistake from occurring.

Kathleen Billingsley, deputy director of the Center for Healthcare Quality, tells the Times the public health agency has not yet decided whether to fine Cedars-Sinai for the error.

The Quaid twins were twice given 10,000 units of the blood thinner heparin, when they should have received 10 units. The report indicates two pharmacy technicians mistakenly stocked the cabinet with adult dosages of the drug. The nurses involved told inspectors they could not remember whether they read the label on the heparin vials or not.

The third child who also received the overdose did not require further treatment and was released the next day.

In a written statement to the Times, Cedars chief medical officer Dr. Michael L. Langberg said, "While this is a rare event, we are pleased that the [public health department] shares our view that it is an important opportunity for the entire institution to explore any and all ways we can further improve medication safety." He also said "Each of us is personally responsible for patient safety."