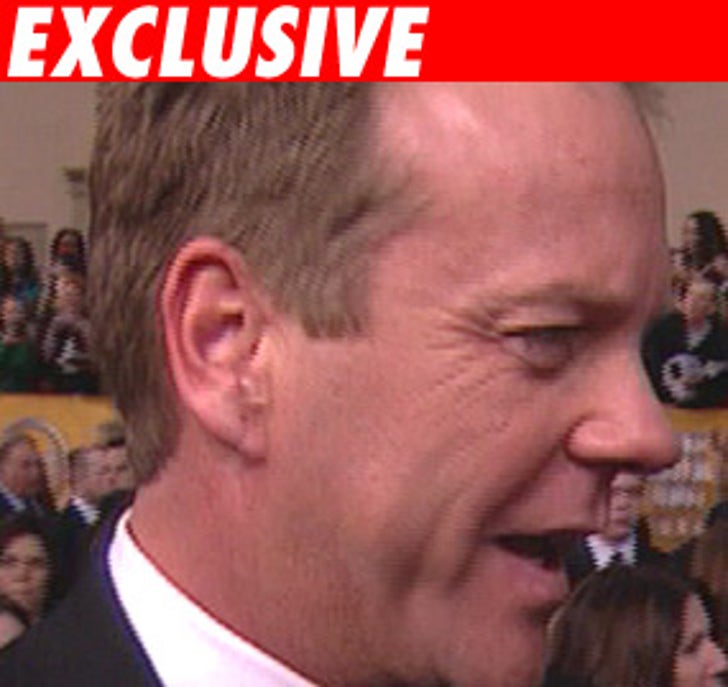 TMZ has exclusively learned that Kiefer Sutherland will not be released early -- he's gotta do his full 48 days. He checked in on Dec. 5.

According to officer John Balian of the Glendale PD, Kiefer's not gonna get the Michelle Rodriguez treatment. His release date is scheduled for January 21.

Kiefer is still behaving well, and is considered an A+ type of inmate. He does not complain about anything and is still on laundry duty. He was never assigned to kitchen stuff.

Sutherland has not received visitors throughout his stay in jail -- no one came during the holidays -- or his birthday, but he gets tons of mail from fans all over the world.