David Letterman made television history yesterday when, for the very first time, he welcomed an android as a guest on his show. It did not jump on the chairs. 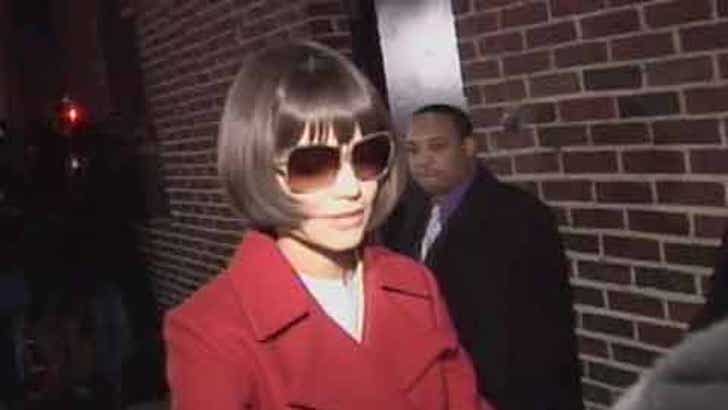 When the KH-9878 Scientolobot™ arrived, its Sociability Module had not yet been uploaded, and it entered the Ed Sullivan Theater without greeting the waiting press and gawking public. Note its remarkable Wintour-o-Bob Cranial Headgear!

As the KH-9878 was properly configured, it demonstrated remarkable human-like dexterity with an ordinary pen -- not to mention a fetching set of "gams."