The brains behind "Alvin and the Chipmunks" has been had by Capitol Records, at least according to the people he left behind -- and now they've filed suit. 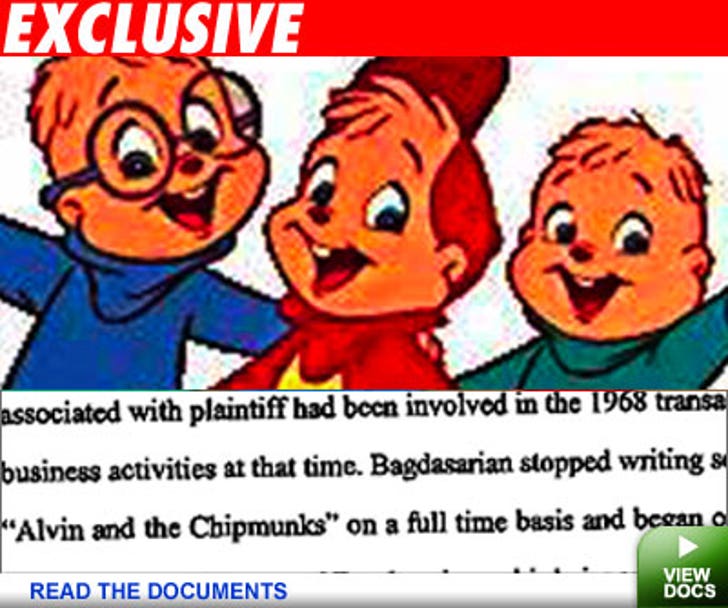 TMZ has obtained a lawsuit filed by Bagdasarian Productions against Capitol, alleging the record company used a number of Chipmunk songs without permission. In 1968, creator Ross Bagdasarian made an agreement with Capitol, allegedly stating that Capitol had the recording rights to the music, but that's basically it.

According to the suit, filed Thursday in L.A. County Superior Court, Bagdasarian Productions claims Capitol effectively pilfered the music by making money in movies and other ventures outside the recording industry.

So why, you ask, did it take the Bagdasarians so long to sue? According to the suit, shortly around the time Ross made the agreement, he moved on and opened a winery. Ross then died suddenly in 1972 and the family didn't even see the agreement until 2007.

The suit seeks Capitol punishment in the form of unspecified damages.

Full disclosure -- TMZ's Harvey Levin went to summer camp with one of Ross' sons, but it was a long time ago.