Being locked up in the psych ward won't keep Britney from getting her fast food fix! Her manservant, Sam Lutfi, dropped by with some In-N-Out for the popwreck. 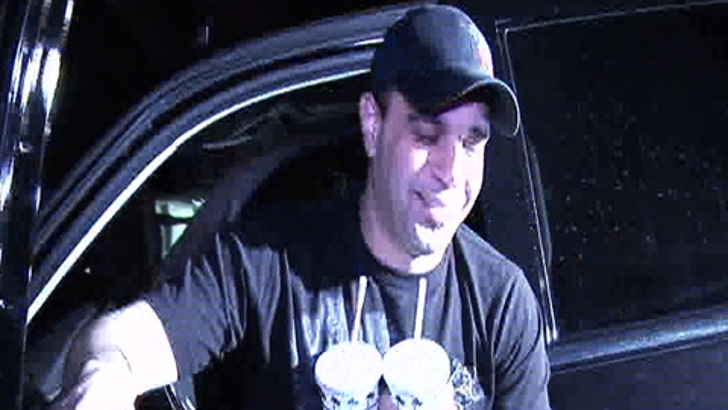 On the long walk to and from his car at UCLA Medical Center, Sam was bombarded with questions by TMZ. He said Britney is doing "good" and that he doesn't speak to Lynne Spears at all -- and denies that he argued with Brit's father, Jamie.

As TMZ first reported, an all-out war over Britney erupted early Thursday morning when she was committed -- with Sam reportedly fighting with Brit's family over who would control her treatment. As of now, her parents are in the driver's seat.