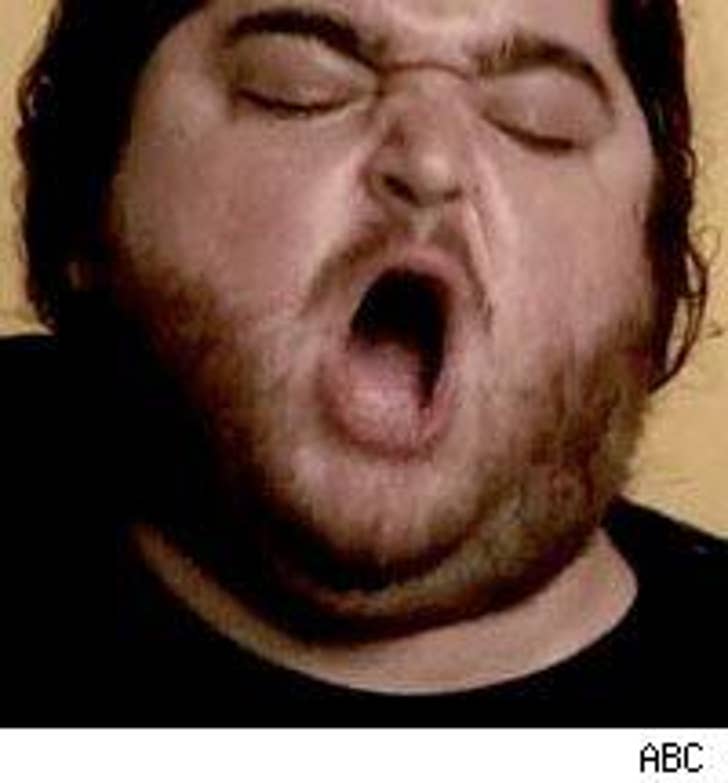 If you're like me -- a crazy TV fan with more season passes on his TiVo than you can keep track of -- 2008 is off to a terrible start. The WGA strike has basically ground TV to a halt. "The Moment of Truth" and "American Gladiators" will never be shown on my TV, ever. So the premiere of "Lost," an event unto itself, takes on extra meaning this year.

For all you "Lost" Diary newbies, here's how it goes: I gather with a group of friends watching "Lost," writing what happens on the show as it happens, and throwing in my two cents along the way. Since I've moved into a nice new place, complete with a brand new comfy couch, I am hosting tonight's festivities -- just Ari and Lauren (aka the "Lost" Nazi). I couldn't be any more excited. Let's roll:

9:00 -- Previously on "Lost" features Charlie's death (memories, like the corners of my mind) and Ben uttering the words "Making that call is the beginning of the end." Not only is that the title of tonight's episode, but given what Jack's flash forward showed us, it's also the theme of the season.

9:01 -- Once again, our season begins with an unseen character going about his business -- this time it's Jack, pouring a weak screwdriver and watching an L.A. car chase -- and he seems to know who the driver is. Another flash forward perhaps?

9:03 -- "I'm one of the Oceanic 6!" -- Hurley. Yeah, it's a flash forward. So not only do we know that Jack, Kate and now Hurley get off the island -- three other people do and ONLY three. Interesting. Side note: I've always wanted to be part of something with a number, like the TMZ 12 or something.

9:09 -- Back on the island, everyone is happy to be "rescued" -- but I am loving the feeling of dread that hangs over everything. Play all the sappy music you want, "Lost" producers, it all goes to s**t soon, and I can't wait.

9:10 -- Rose just basically told Claire she better sleep with Charlie when she sees him. Unless Claire is freaky in a way I don't get down with, that isn't happening.

9:12 -- Hurley is jumping into the ocean, and all I can think of is this: "Ladies and gentlemen, can I please have your attention. I've just been handed an urgent and horrifying news story. I need all of you, to stop what you're doing and listen. Cannonball!"

9:14 -- Jack lies to the satellite phone people about where Naomi is. I guess he figured "knifed in the back" wasn't the answer they were looking for.

9:18 -- Hurley throws the walkie-talkie into the ocean, ending the "call or don't call argument." Sigh ... had to be a better way to do that, right?

9:19 -- Jack is obsessed with finding Naomi, but yet doesn't seem to stop to ask, "Why would she run away?" Seems like a big red flag to me.

9:21 -- Hurley is back in the mental ward and playing Connect Four -- for my money the best board game ever. Just like "Press Your Luck" is the best game show ever. Discuss.

9:22 -- Hurley has a visitor and its the guy who plays Cedrick Daniels on "The Wire." Unless Vic Mackey and Dexter Morgan show up, this is the greatest TV crossover I can imagine. 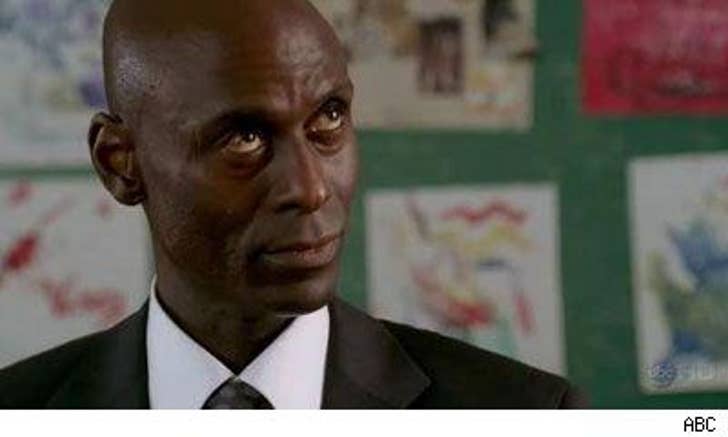 9:28 -- Not only has Jack been following the wrong trail, like Kate told him he would, but she copped the satellite phone from him. He's probably pissed at her, but again -- why is Naomi doing this and why isn't Jack suspicious of that at all? I mean, I know that I know she's evil, but come on -- this is obvious s**t here, Jack.

9:30 -- On the plus side, Kate following the right trail will probably lead to one of my favorite "Lost" moments: her being held at gunpoint. It's what she does best.

9:32 -- Naomi is lying to the people on the sat phone -- and that is telling. Is it possible Naomi doesn't know who she really works for?

9:33 -- Did Hurley just see Jacob (and some other guy) or was it all a figment of his crazy imagination? I say the first shack, and thus Jacob, was real. The second one was not. (Actually, after further review -- check out who was in Jacob's cabin.)

9:39 -- Locke and Hurley are going to convince Jack -- aka the most stubborn man alive -- that the people coming to "rescue" them are evil. Now, obviously, Jack learns this at some point, but I think it might take him a bit.

9:41 -- I should warn you now, and I know you're going to think less of me and I don't care -- I am kind of looking forward to the moment Claire finds out Charlie is dead. Two reasons: 1) Emile de Ravin can't act and, 2) I am terrible, terrible person who revels in the death of a fictional character. I am already over it.

9:44 -- Back in the flash forward, Charlie goes to see Hurley in the mental institution. Wait, what? 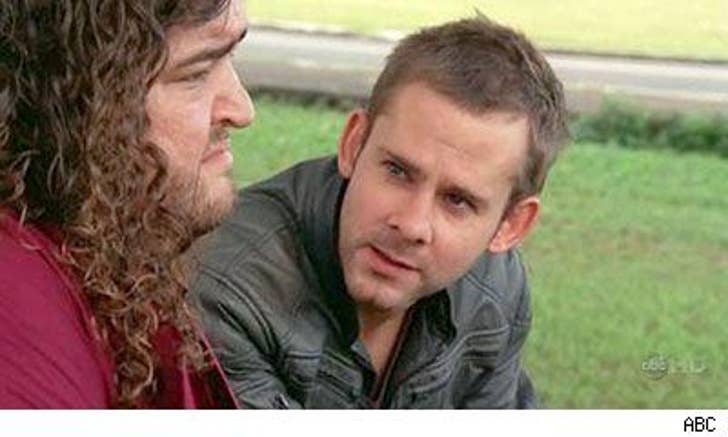 9:45 -- I've said a million times, there is nothing "Lost" could do to lose me as a viewer. But I swear, if Charlie had been actually alive ... I don't know what I would have done. And it's not because it's Charlie, it just would have been plain stupid.

9:46 -- Oh my God -- what do you say about Jack trying to kill Locke? More importantly, what could Jack ever say to Locke again. Man of science, man of faith ... whatever! He just pointed a gun in his face and pulled the trigger. No coming back from that one.

9:54 -- Hurley gives an impassioned "Charlie died so we can live" speech and most everyone bails on Jack and follows Locke. Jack has to be feeling pretty unappreciated right about now.

9:57 -- Jack goes to visit Hurley at the crazy house, but he really is one there to find out if Hurley "was gonna tell." We're also tipped off, via the beard comment, that this flash forward comes before Jack's flash forward from the finale.

10:00 -- Nice to meet you, guy who fell from the sky and is going to ruin everything for everyone.

At the end of last season, I thought (and hoped) the flash forwards were a one-time thing. I didn't like the idea of knowing who made it off the island and what happened to them. Then, this morning actually, I realized something -- the flashbacks were really starting to suck. They served very little purpose anymore. Flash forwards are the new black!

I think, for now, we have to pay more attention to what we know about Jack and Hurley after they get off the island. Obviously, they didn't tell anyone what really went on, that much we know. But what DID they tell people?

The cop asked Hurley if he knew Ana Lucia from before the flight -- not from when they were marooned on an island or anything. Jack said in the finale he was "tired of lying." They both told some kind of story when they got off the island and it didn't involve Others, polar bears or black smoke monsters. What was it? And if everyone knows only six people survived Oceanic Flight 815, then why did that creepy guy ask Hurley, "Are they still alive?"

Anyway, I give this episode an A. The tone of everything was right on and I really loved the way it set things up for this season -- which is the most important function of a premiere episode. No big reveals are necessary, just lay out the plan for the season and I'm fine -- and that's what they did.

So here is my question for you this week: Are you down with flash forwards?

Oh, one last thing: if you're one of those people that got into "Lost" late and missed a few episodes along the way, the good people at AOL have all three seasons online in HD and should even have last night's episode too. Not bad. Corporate synergy -- it's fantastic!

Also, over on thelostdiary.com, I do a question an answer column every Monday. Click here to send me a question.