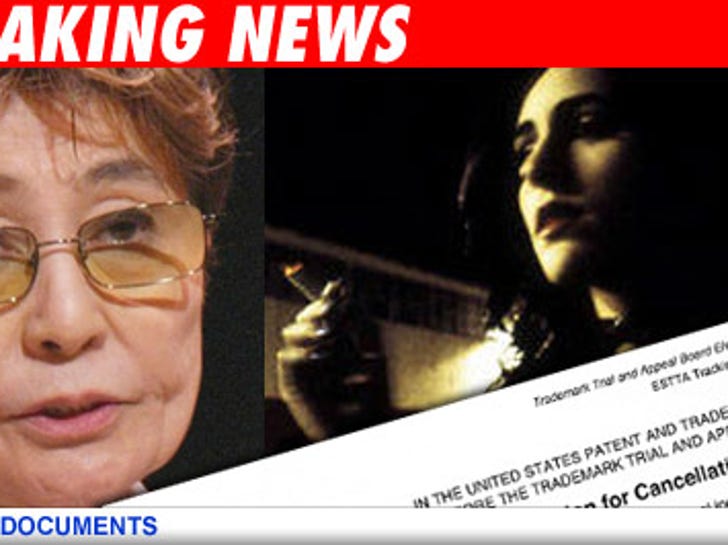 A hard-working heavy-metal-rocker is in danger of losing her musical identity -- all because Yoko Ono wants to bring a silver hammer down on her for using the name Lennon. 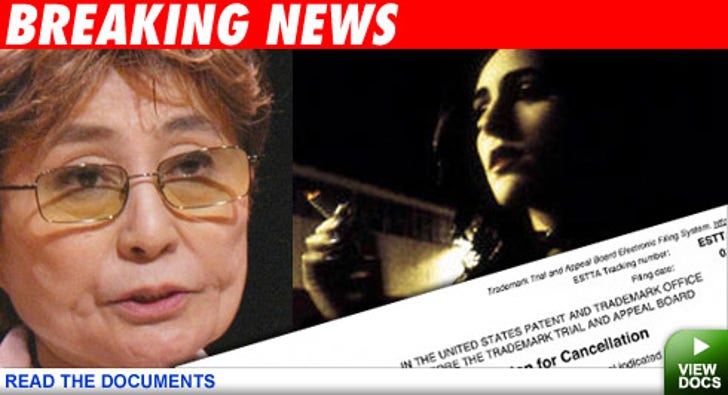 Lennon Murphy, a singer-songwriter whose band is called Lennon, has been sued by Yoko for "tarnishment" of her widow's name and for "fraudulently" registering the name as a trademark.

Ono, claims in court papers that Murphy is (intentionally) exploiting the name and confusing people by using it -- and wants her trademark canceled.

Murphy shoots back on her MySpace page that Yoko and her lawyer were asked back in 2000 about using the name for her debut CD on Arista Records, and they didn't object. Lennon (the band) has since been dropped by Arista, but continues to record. "If Yoko prevails," writes Lennon Murphy, "Lennon might never be able to tour or release records using the name Lennon."