Jay Leno didn't tip the Laugh Factory valet last night ... because he had to park his own ride! 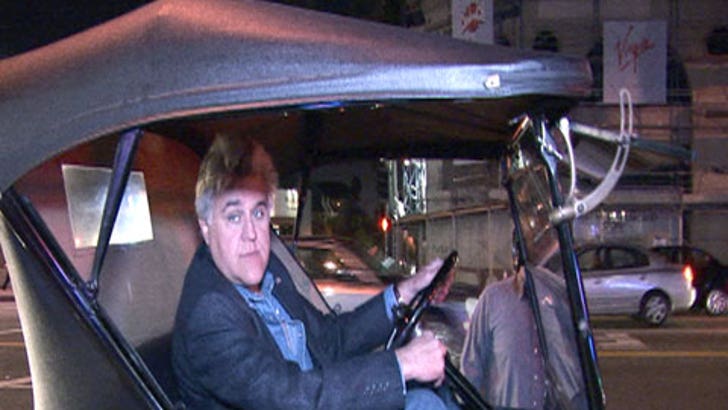 The chinsome chatter pulled up to the club in an early 1900s Ford Model T, where he was quick to tell a perplexed valet that he wouldn't be hopping in the driver's seat, saying, "You can't park this ... You don't know how to do drive this." He was probably right.

Leno then pulled his Tin Lizzie around the back and parked it himself.