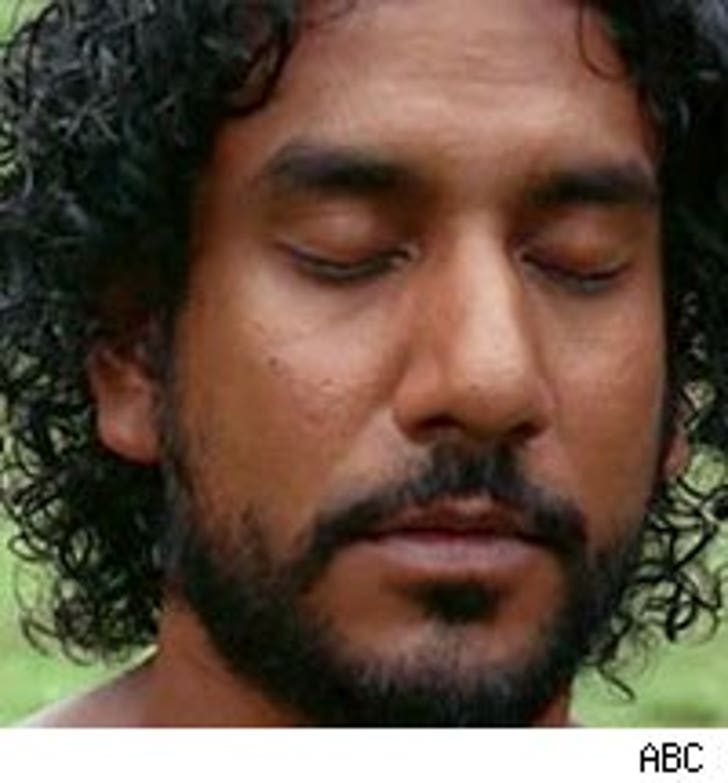 I believed in my heart of hearts that last night's episode of "Lost" was going to be epic. I even told someone at work as much. Now, mind you, this is based on nothing. I haven't seen one commercial, read one article, or heard one thing to make me believe this. But I had two "reasons" for believing it anyway. First, the first two episodes of the season were appetizers. They were good, but I am far from full. Second, tonight's episode is called "The Economist." WHAT DOES THAT EVEN MEAN?!? It's a perfect 10 on the creepy scale.

For all you "Lost" Diary newbies, here's how it goes: I gather with a group of friends watching "Lost," writing what happens on the show as it happens, and throwing in my two cents along the way. Ari and Lauren are joining me on this special Valentine's Day edition -- they have each other and I have Ben.

9:01 -- After a little introspection, Sayid examines Naomi's body and finds a bracelet with the inscription, "N, I'll always be with you. R.G."

9:05 -- Sayid tells his new golfing pal that he is one of the Oceanic 6, and the guy seems a tad shaken. In my opinion, and I'll explain it later, I think Sayid is only the THIRD member of the Oceanic 6.

9:09 -- Sayid's new friend, Elsa, works for an economist -- or should I say, the economist. Every time I hear that word tonight, it will give me goosebumps. Lauren thinks Sayid looks good with his hair like that. Amazing what showering will do.

9:10 -- Future Sayid is quite the smooth talker, but it's not Elsa he's really after.

9:12 -- Locke and his group are walking through the jungle and Ben is looking, well ... beaten. I don't like seeing my Valentine all bloody and bruised.

9:13 -- Jacob's cabin isn't where Locke thought it was. And in episode one, Hurley saw the cabin somewhere completely different ... twice!

9:15 -- Kate jokes with Jack that it sucks not to be brought along on the mission. Who will fill the role of "person who gets held at gunpoint and ruins the plan"?

9:20 -- Sayid and Miles have a spirited discussion as they walk through the jungle. I think Miles, as times goes on, will become an ally to the Losties. I can't remember where I read this prediction and I take no credit for it -- Miles is there to talk to Jacob.

9:21 -- Sayid and Elsa are headed to the opera, but Sayid is just biding his time 'til he gets to meet the economist.

9:22 -- "Everyone has a boss, Elsa." -- Sayid. I don't know why, but this line creeped the hell out of me. As a matter of fact, it's prediction time: I don't think the economist is all that important; it's who Sayid is working for that is.

9:23 -- Daniel the physicist is all worked up, perhaps over his whole "the light is weird here" thing from last week. The "if Minkowski gets on, you hang up" line from Frank is worth noting.

9:27 -- I don't want to sound mean or anything, but how many people does it take to tie up Hurley and shove him in a locker? At least five, right?

9:32 -- I've been wondering how time is different on the island versus off for awhile now. Daniel's little "experiment" yielded two clocks that are 31 minutes apart. Mildly significant, no?

9:33 -- If Kate gets taken at gunpoint while searching this house, I swear I will lose my mind. I am almost rooting against it because I don't think I will stop laughing for at least 20 minutes after it happens.

9:34 -- Sayid has seemingly found Ben's secret bookcase room. Along with a panic room, it's one of the two things I want my first house to have. 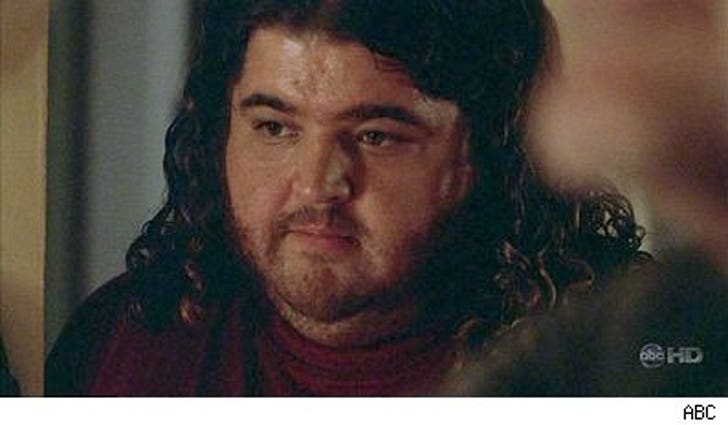 9:43 -- Two things about Sawyer's romantic, but uncharacteristic speech to Kate. First, people are FINALLY starting to realize they are better off on the island -- though Kate should have been one of the first to catch on, but wasn't. Shocker. And secondly, I don't think Kate is one of the Oceanic 6. Sure, she's off the island, but shouldn't she be in jail? I think the Oceanic 6 are only the six people that got off the island that the rest of the world knows about. Kate got off another way and she's with someone -- the "him" she mentioned in last season's finale -- that made that possible. Just a thought ...

9:44 -- I reiterate my theory to Lauren that there is no way Sawyer lives to make it off the island. She was as close to strangling me as anyone has ever come.

9:45 -- Sayid, Locke and Ben need to be alone in a room together more often. I have no idea what Sayid is planning, and if I had to pick whose plan I trust more ... ahhhhh! I'm torn. I've got to go with Locke, since, in a way, he is following Ben's word.

9:46 -- Sayid is back in bed with Elsa and she's in love with him. This probably won't end well for her.

9:48 -- Sayid is trying to get Elsa to leave before he kills the economist. Why do hitmen always fall in love with their targets and then try and save them? A little stereotypical for my tastes. If he cares about her, he should have just killed her quickly, twisted as that is.

9:50 -- Now he had to shoot her anyway. Could have saved himself a gunshot wound.

9:54 -- Desmond is just a little pissed at Frank for not telling how about Penny. Still not sure how she factors into this.

9:56 -- Daniel implores Frank to stay on the exact same heading back to the freighter -- no matter what.

9:57 -- Frank is gathering up everyone to get on the helicopter. Does anyone actually believe that helicopter is getting off the island tonight? 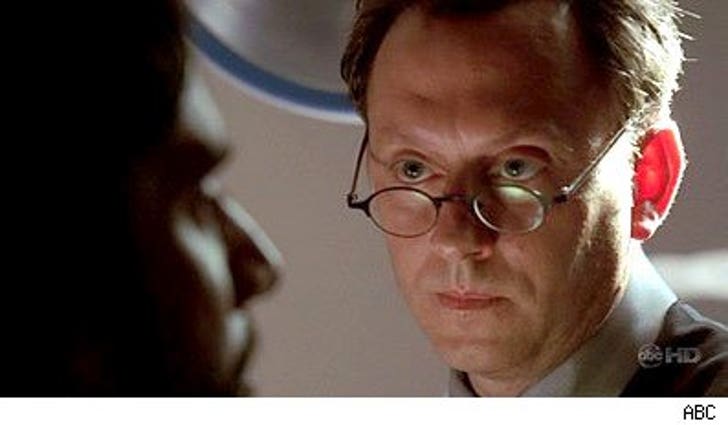 All along I was more interested in finding who Sayid's boss was rather than Elsa's. The fact that it was Ben was a surprise of sorts, sure. But was it really surprising?

As soon as Sayid told his golf buddy, Mr. Avellino, that he was from the Oceanic 6, the man's expression changed immediately. And Mr. Avellino's quick exit was telling as well -- he knew he had to get away. He knew people were after him and he knew it had to do with Oceanic Flight 815. He acted more out of guilt than fear. Mr. Avellino and the economist did something and they are paying for it -- at the hands of Ben and Sayid. As Ben said, "Remember what happened last time you thought with your heart and not with your gun."

And who else but Ben would lead an attack against the people that did harm to the island and the Losties? Whatever happens on the island between "now" and Sayid's flashforward, one thing is clear -- not everything turns out peachy keen. Ben and Sayid (and maybe others) obviously feel someone has to pay for what they have done there.

I give this episode a B. Watching the Losties grow further and further apart is particularly interesting, and I am really digging the flashforwards. I love the idea of knowing a lot about what happens, but not knowing how they get there.

But here is my question to you this week: Are we learning too much about what happens off the island? Is it ruining some of the show for you?

Over at thelostdiary.com, I do a question-and-answer column every Tuesday -- no really, I swear. I am now two weeks and over 200 questions behind, but I promise to to do it this week. Click here to send me a question.