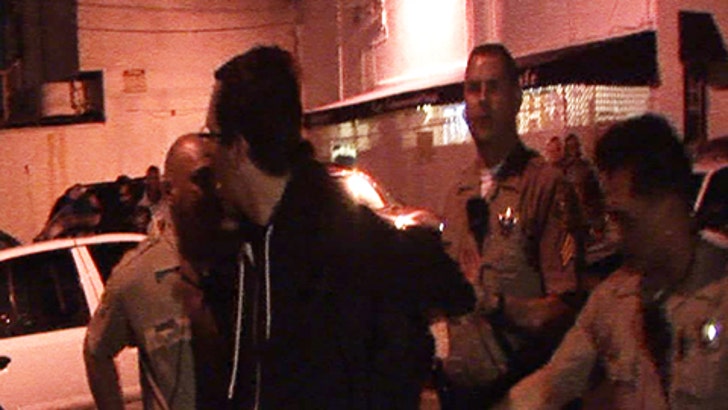 By our count, six camerapeople were busted last night; two outside the salon where Brit was getting her hair done and four outside Villa nightclub where Lindsay was partying. Two TMZ photogs were among those busted.

One deputy is heard warning paps, "You're slowing down, you're stopping on my sidewalk." When asked what law the photogs were violating, a deputy cited West Hollywood Municipal Code, Section 3.04.030, the Traffic Safety Fund. That section funnels traffic violation money to bankroll traffic lights and other stuff.

One TMZ photog says he had just stepped off the sidewalk when he was cuffed and thrown into the back of a squad car for an hour. Another TMZ photog was hauled off to jail for 6 hours.