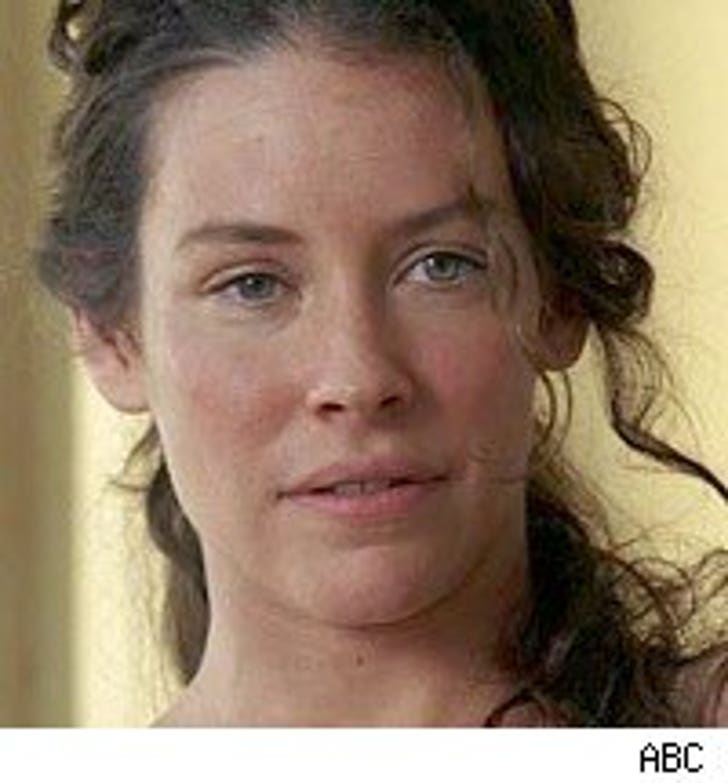 I want to touch on two things I mentioned last week -- real quick. First, I like the flashforwards, but I don't think I want them to be an every week thing. I'd still like flashbacks on Danielle, Richard and Ben, at the least. Second, if "The Economist" scored a solid 9.5 on the Creepy Episode Title Scale, then "Eggtown" is 2.5. I almost hope this episode sucks so I don't ever have to say, "You know, 'Eggtown' is one of the best episodes of 'Lost' ever." Ugh, even typing that hurt a little.

For all you "Lost" Diary newbies, here's how it goes: I gather with a group of friends watching "Lost," writing what happens on the show as it happens, and throwing in my two cents along the way. Ari and Lauren are here with me tonight. Lauren almost bailed on us to "go out." Her commitment is lacking these days. Let's roll ...

9:00 -- The episode starts with Locke making eggs and bringing them down to Ben. The moment you realize you're about to witness a scene between Locke and Ben, don't you dig into your seat just a little bit? I do.

9:02 -- Sawyer came by to wish Kate and Claire good morning, and Kate just flashed Sawyer this look like she just remembered the last time they had sex -- and that she's already planning the next time. Mark my words: they'll be back between the sheets tonight.

9:03 -- But she quickly brushed him off. Yet another example of how I know nothing about women.

9:04 -- It's Kate flashforward time and she's standing trial on all the terrible things we know she did. It appears that she is back, and out in the open, so she's probably one of the Oceanic 6. There goes that theory.

9:05 -- Is it weird that I prefer dirty, sweaty Kate to clean and showered Kate?

9:08 -- I'm sorry, who are these nice looking Korean people that are talking? They look familiar, but I just can't place them.

9:11 -- Kate is after Miles to find out what he knows about her. Everything isn't about you, Kate! Miles, of course, wants Ben. I used to have this theory that Angelina Jolie's hotness did not outweigh her craziness. Same theory applies for Kate, just substitute stupidity for craziness.

9:12 -- Kate, of course, refuses to cut a deal with the Da and would rather go to trial for a crime she confessed to. Yes, she's that dumb.

9:13 -- Apparently, Kate has a son. And I can't comment about it because I already know what happens. Just a side note to readers who want to e-mail me or post comments during the show: I live on the West Coast. Thus, when you talk about a show I haven't seen yet, you're ruining it for me. So thanks.

(I'm not happy right now, can you tell?)

9:17 -- Kate really wants to break Ben out of Locke's impromptu prison just to find out what Miles knows about her? I can't believe how many different ways this is stupid.

9:18 -- Kate is reluctant to take care of Aaron for Claire. Foreshadow much?

9:20 -- Jack just lied under oath about the Marshall. Worth noting.

9:23 -- "I want you to help me break him out." I am hating this episode so much, the only thing that can save it now is if Locke kills Kate, but I know that can't happen. I need to snap out of this.

9:28 -- Locke and Sawyer are setting up a game of backgammon -- mildly reminiscent of the scene in season one when Locke and Walt play, except for one small thing: I find it hard to believe Sawyer knows how to play.

9:30 -- Instead of bringing Ben to Miles, she's bringing Miles to Ben. Whenever Kate turns into Bad Fugitive Kate, I just never buy it.

9:31 -- The scene between Miles and Ben is phenomenal. I am sure there is plenty we can talk about from it, but I'll focus on this for now: Is Ben rich somehow? Miles is gaining that Ben factor of believability with me, so I tend to listen to what he says. Also, is the "him" that Miles works for Abbadon?

9:34 -- Miles tries to talk some common sense into Kate -- that she'd be better off on the island. Of course, she'll have none of that crazy talk.

9:44 -- Sawyer and Kate are about to get it on. I have to stop typing now, so the sound of my keystrokes doesn't ruin the mood for Lauren.

9:45 -- What the hell was that card guessing game with Charlotte and Daniel? Why are 2 out of 3 "progress"?

O-Ren Ishii: You didn't think it was gonna be that easy, did you?
The Bride: You know, for a second there, yeah, I kinda did.

9:52 -- Guess Sawyer and Kate didn't do it the night before. Never thought Sawyer was the kind of guy to settle for cuddling.

9:53 -- Sawyer gave Kate the speech I wish I could have given her myself -- and it got him slapped.

9:58 -- Great scene between Jack and Kate, though I am left with one question (since I know how it ends anyway). What happened to Claire that would make Jack feel so guilty about seeing Aaron? Her death must be on his hands somehow.

Let me see if I have this straight ...

Who is Miles working for? Why does he want exactly $3.2 mil and how does he know Ben has it? What the hell was up with Daniel, Charlotte and that card trick? What happened to the helicopter? Who came up with that stupid story Jack has to keep telling, who is making them tell it and why would they agree to it? How did eight survivors become the Oceanic 6? What happened to Claire? Is Kate telling people Aaron is hers? Why doesn't Jack want to see him? Why did the DA want to make sure Kate stayed in California so bad?

Did I miss anything?

For the second week in a row we get a big reveal ending that fell a little flat. Aaron being Kate's "him" had been tossed around for a bit, so I don't think too many people were completely blown away.

I give this episode a D. Besides having the unsurprising ending spoiled for me, this episode didn't really do much for me. We had the two scenes with Ben and the scene with Locke and the grenade -- other than that, not a lot to really work with.

Ari and I argued afterward whether Kate is passing off Aaron as her son. I think they very easily could have said that Claire survived the crash, but died in childbirth. Since Kate is such a big hero and all (hang on for a sec while I vomit) and Claire didn't have any family, it's very conceivable that Kate now has custody. Ari thinks they simply said Kate was preggers and it's hers. What do you think?

Over at thelostdiary.com, I do a question-and-answer column every week. Click here to send me a question.