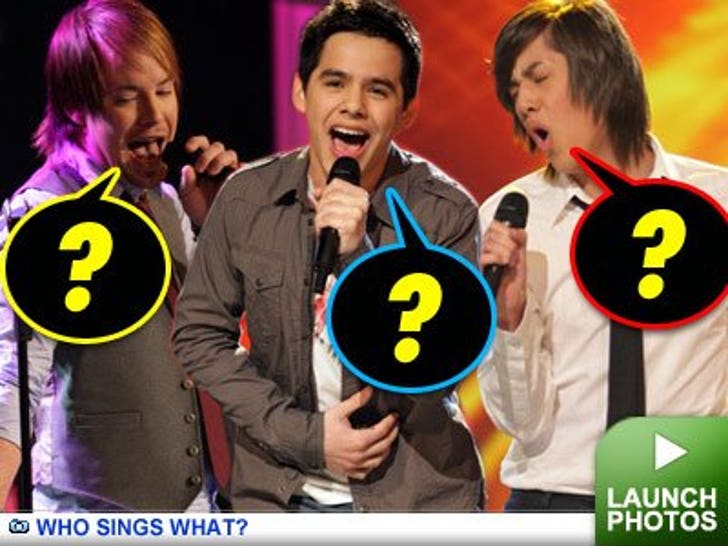 So our spies know what the guys are singing tonight on "American Idol." The rehearsal just ended, and you won't believe who laid down the best performance. Click to gallery to see who sang what. 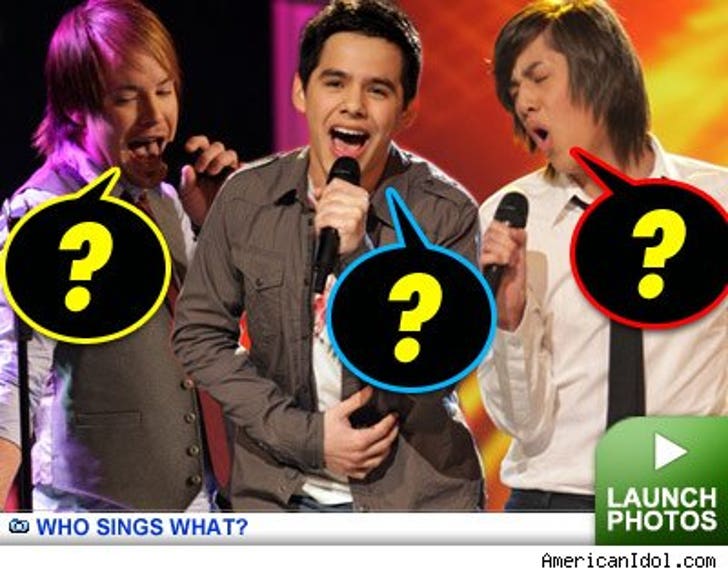 As for what happened behind the scenes, it's obvious producers are following the "A.I." scandals because they had David Hernandez and Danny Noriega stand next to each other and teased them together going into commercial.

We're told Chikezie was having some pitch and arrangement troubles and Exec Producer Nigel Lythgoe was coaching him afterwards. Jason Castro was a nervous motha. Luke Menard sucked worst.

During a break in the rehearsal, Ryan Seacrest sang "Hold On Loosely" by 38 Special. He was awful -- but he knew it.

The packaged pieces are the "A.I." contestants embarrassing moments.

By the way, in rehearsal, Danny Noriega was top dog -- by far.