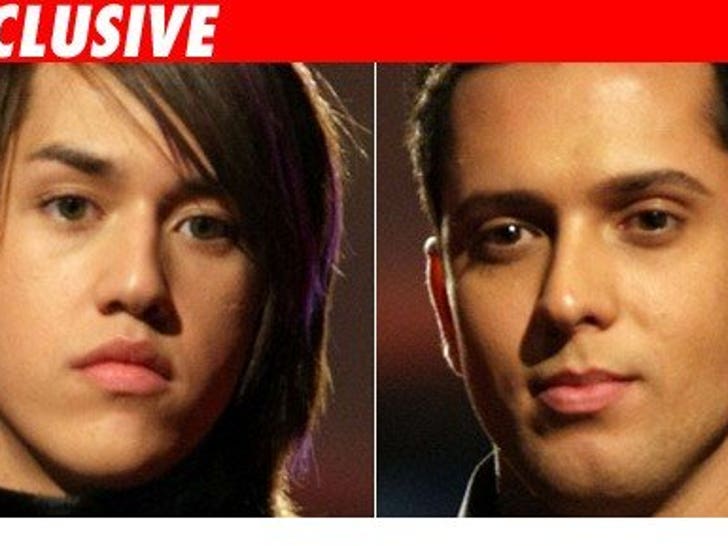 There are two people unconcerned with all the "Idol" controversy that Danny Noriega's goth video rants and David Hernandez's stripper past have stirred up -- Danny and David themselves! 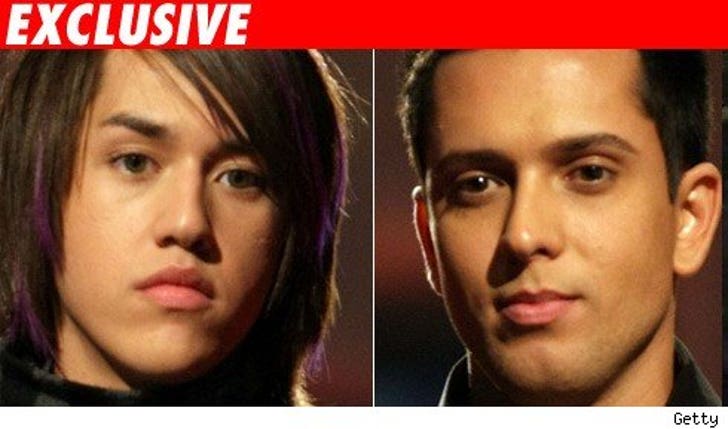 Sources close to Danny tell TMZ that Noriega is unfazed by all the media attention his video rants are getting. We're told it's a non-issue for the 18-year-old and he chalks it up to just being young. Yeah, but what's his excuse for this week's purple extensions?!

As far as David is concerned, sources close to the 24-year-old say that you wouldn't know there was any scandal surrounding Hernandez based on his current behavior. We're told David has maintained focus and channels all his energy into his music. Sources say David doesn't appear upset and is very professional. People who have received lap dances from David probably consider him a pro too!