Think Kat Von D is still bitter over her bitchtastic departure from "Miami Ink?" Just ask her -- we did. 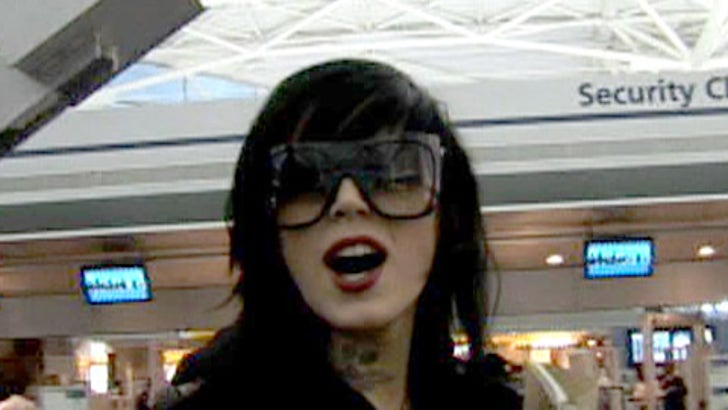 We caught up with the skin-scribbler at JFK yesterday, and when we asked her about the whole racist-signature fracas that TMZ first reported on last month, she suggested that her ex-colleagues in Miami would get their comeuppance once they learned that their show was "canceled."

Oh, really? That'll be news to them: TMZ talked to TLC, and a rep says that the new season is slated to air in late spring/early summer, though they wouldn't confirm or deny if that'll be the end of the needle.