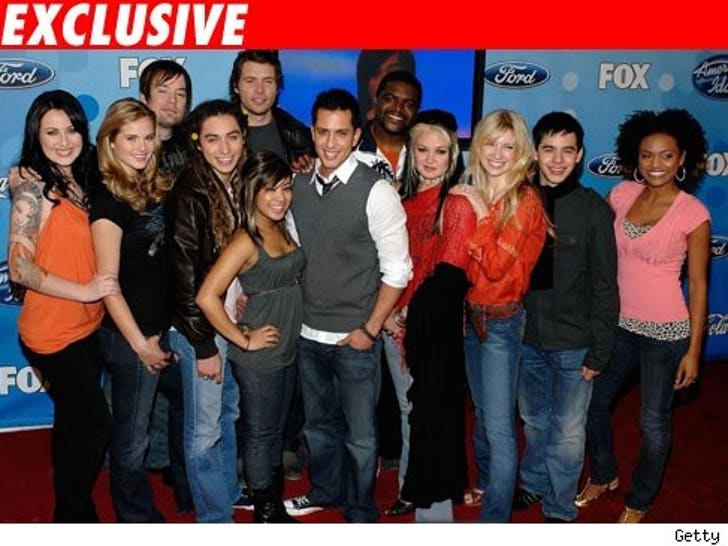 TMZ spies say the "Idol" party last night was fueled with emotion, and a little bitterness for good measure. 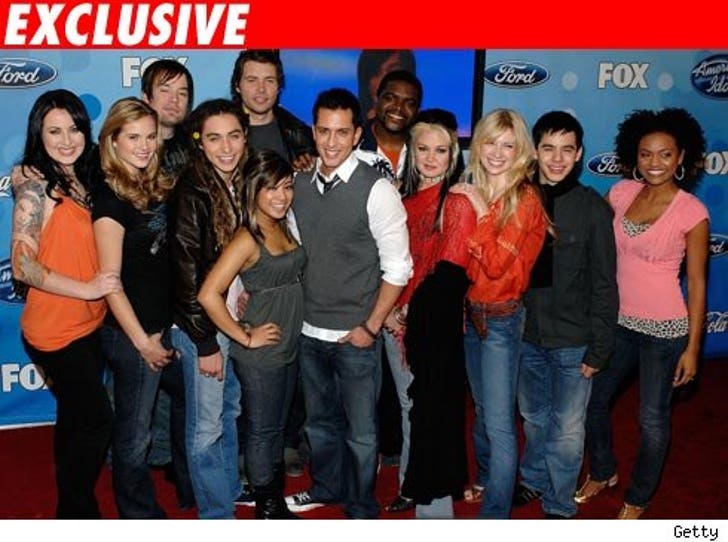 We're told booted "Idol" Asia'h Epperson was torn up and overwhelmed, staying only for a few minutes before bolting. Contestants were most upset about Luke Menard getting the ax because they liked him -- they really, really liked him, although his singing kinda sucked.

Although no underage contestants were spotted Lohaning it up, Danny Noriega and Ramiele Malubay were pretty wrecked over his elimination. The two BFFs were inseparable.

Our spies say although all the contestants were there, there was no sign of Randy, Paula, Simon or Ryan. Contestants, meet pecking order.

Other "Idol" wannabeens of yore who came out to bask in the limelight for one last second included: "From Justin to Kelly" star Justin Guarini ('memba him), Season 4 creepy crooner Constantine Maroulis and last year's token rocker chick, Gina Glocksen -- who we're told looked fab.