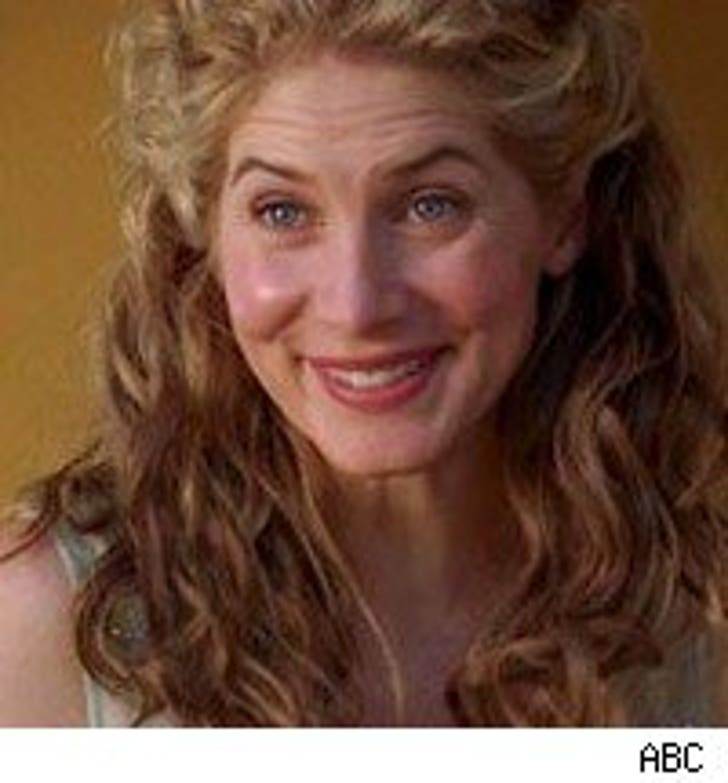 "So because last week's 'Lost' was so good, does that automatically mean that this week's has to suck?"

That was the IM I got from my friend Chris on Thursday morning and now I have the fear of God in me. Is it possible? Can "Lost" be that good last week and this week too? One can only hope ...

For all you "Lost" Diary newbies, here's how it goes: I gather with a group of friends watching "Lost," writing what happens on the show as it happens, and throwing in my two cents along the way. I am watching tonight's episode of "Lost" alone as Ari and Lauren are in Las Vegas. How is it I get emails from total strangers wanting to watch "Lost" with me and my own friends bail on my constantly? Let's roll:

9:00 -- Time for my new favorite game: flashback or flashforward? Now, I know all we have had so far this season are flashforwards, but I don't think we're done with flashbacks just yet -- at least I hope. I'm going flashback, but I know I'm probably wrong.

9:03 -- "We want you to feel at home." Ben to Juliet. As always, even the most gracious words sound ultra-creepy when Ben says them.

9:04 -- Faraday and Charlotte have gone missing, and on cue it begins raining, the island starts whispering and Harper appears out of nowhere. I'm assuming she's real, but you never know with "Lost."

9:07 -- Ok, so Faraday and Charlotte are headed to the tempest (whatever that is) to release the gas and kill everyone -- or at least that's what Ben thinks.

9:10 -- All our favorite dead Others are back this week. Good times.

9:11 -- Apparently Harper is Goodwin's wife. Now, we know Harper is still alive and we know Goodwin and Juliet got it on -- so I guess that means Juliet is a slut.

9:12 -- Once again, Jack asks someone a really, REALLY important question -- but when they don't answer, he just let's it go. Jack might be a great doctor, but he'd make a shitty cop.

9:17 -- Kate, for a change, is not acting like an idiot and asking all the right questions.

9:20 -- Goodwin busts in on Ben and Juliet with the offer of an egg salad sandwich -- that sly dog!

9:21 -- Harper knows Juliet has been sleeping with her husband and apparently Harper is afraid of what Ben would do. And did you catch Harper's "You look just like her comment"? Has to be Annie, right?

9:22 -- Claire wants to interrogate Miles to find out why he and his crew are really on the island -- and she's actually making sense, which confuses me. Charlie dying has done wonders for her.

9:26 -- Another fantastic Ben/Locke scene. First off, why doesn't Locke see that Ben is right? They are on the same side in this. And secondly, the man the freighter people work for has to be Penny's dad, right?

9:33 -- Jack and Juliet find Kate passed out in the bushes -- and Juliet uses that as an opportunity to leave Jack behind.

9:35 -- "I taped over the game." -- Ben. Has the playing of any tape on "Lost" ever not been completely awesome? I am downright giddy right now.

9:38 -- Ben just told Locke that the Widmore file is "the last bargaining chip" he has left. Now that I don't believe.

9:44 -- Out of all the creepy things Ben has said and done, where does cooking a ham rank? It's got to be up there.

9:45 -- Zach and Emma are on the list, apparently. I love all the "list" talk, but when do we actually get to find out something about it?

9:52 -- Faraday is trying to say that he's trying to make the gas inert. He'd be more convincing if he weren't wearing a GAS MASK!!!

9:54 -- Ok, so Faraday succeeded in making the gas inert so that Ben couldn't use it against them later. I'm having some problem figuring out what to make of all this.

9:56 -- Ben couldn't just tell Juliet that Goodwin was dead, he had to show her his rotting, decaying corpse.

9:57 -- "How could you possibly not understand that you're mine?" -- Ben to Juliet. That's not creepy, it's just kinda sad (with a touch of crazy thrown in).

9:59 -- Jack and Juliet finally kiss. I don't have Lauren hear to gauge the female reaction, but let me try. "That slut!"

"So because last week's 'Lost' was so good, does that automatically mean that this week's has to suck?"

Look I can't flat out declare this episode a clunker, but it really did only one thing for me and that's question my undying love for Ben. I know he wants to protect the island at all costs, but I am starting to doubt how pure his intentions really are. Is he really all about the island -- or is he all about himself?

The rest of this episode (I think we all suspected the freighter was Widmore's) I could have done without. I give it a C+. The Ben/Locke scenes were great and Juliet in a bikini did not disappoint. Hey, I'm still a guy here!

Here's my question to you this week: Even though "Lost" has cut its season down to 16 eps (and even less after the strike) we're still getting dud episodes. Is "Lost" better served with even fewer eps, say 12? Works for HBO, Showtime and FX. Just a thought.

Over at thelostdiary.com, I do a question-and-answer column every week. I had to skip this week because my laptop is in the shop and I can't get to all the email. Don't feel like you have to ask a straightforward "Lost" question. Have fun with it. Click here to send me a question.