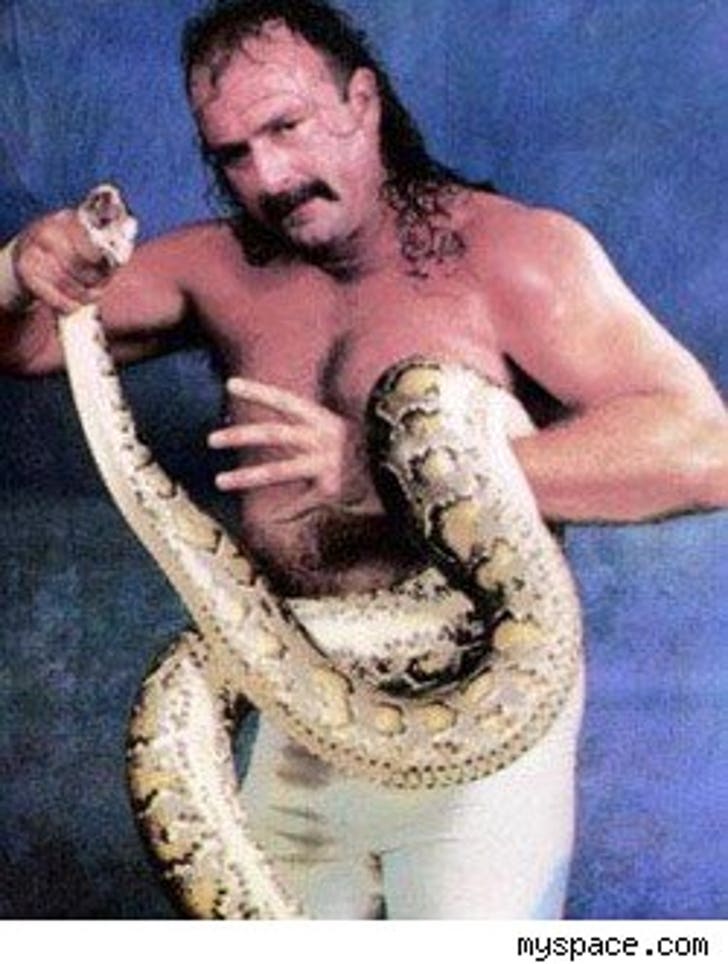 Former wrestling star Jake "The Snake" Roberts (DDT anyone?) is about to get out of rehab (for the third time), but it's the first time he got help from his former employers, the WWE.

After the death of Chris Benoit, the WWE set up a rehab program for current and former employees and Jake was one of the first to take them up on it. He told CYinterview.com, "Truth be known the first time I went to rehab and the second time I went to try to save a job. This time I truly went to save my life."

Apparently Jeff Hardy didn't get the rehab memo -- the WWE announced today that Hardy was suspended for 60 days for his second violation of the company's policy.