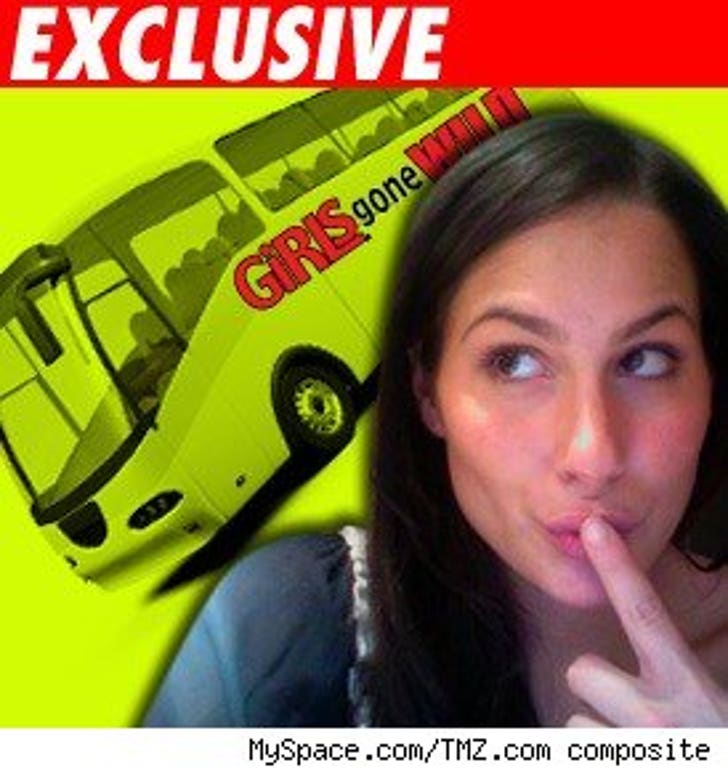 Before she sold herself to Eliot Spitzer, TMZ has learned that Ashley Alexandra Dupre gave herself up to the "Girls Gone Wild" cams for her 18th birthday -- and spent an entire week aboard the "GGW" bus.

Sources tell TMZ that "GGW" has "a week's worth" of video of Ashley celebrating her 18th birthday, which she did on the big bus. We're told that "GGW" plans on releasing an Ashley Dupre-specific video "shortly."

Ashley Dupre Party All The Time