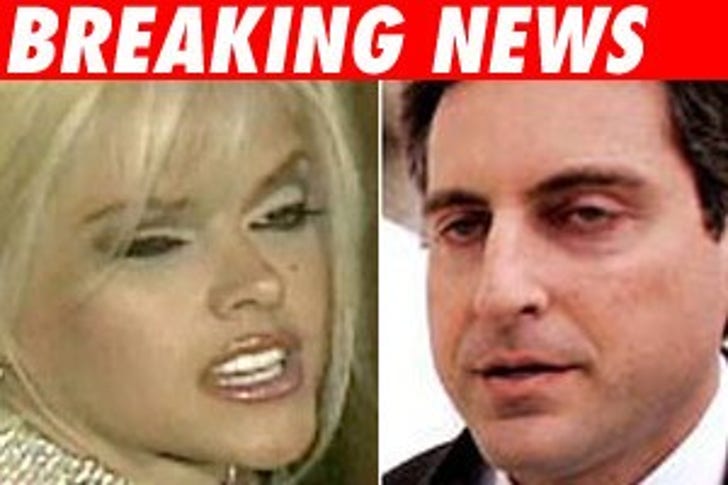 Howard K. Stern testified today at the inquest into the death of Anna Nicole's son, Daniel.

Stern said he had no idea Daniel was taking any kind of prescription medication, including Methadone. Stern said from September 2005 until June 2006, he wasn't even around as much because he was working full time on Anna's fight with Pierce Marshall.

Stern said there was no duffel bag full of medication at the hospital where Daniel died. He said neither he nor Anna brought any medication into the hospital. As for Stern giving Daniel Methadone, he said absolutely not.

Stern said when he first learned that the toxicology report said that Methadone or any other medication was in Daniel's system, he didn't believe it.

Stern also talked about the photo he took in the hospital room of Anna with Daniel after he died. He said Anna would not believe Daniel had died and she wanted to bring Daniel home with her. Stern testified Anna wanted him to take a photo because she couldn't accept Daniel was dead and needed the photo for proof. Stern said he took the photo, never made money off it and would do it again.

Stern testified he was asleep when an agitated Anna said, "Howard, Howard, Daniel's not breathing." Stern said he went over and touched Daniel's neck but found no pulse. They pushed the emergency button, workers came in the room to resuscitate him, to no avail. They tried to physically remove Anna but she would not break away. After the doctors stopped, both Stern and Anna continued resuscitation efforts.

Stern said he never gave Daniel drugs nor did he ever see Anna give him drugs.

Stern said Anna had been prescribed Methadone and when she realized she was pregnant -- on doctor's advice -- she reduced the dosage, but was told if she stopped cold turkey she'd lose the baby. By the time she gave birth, Stern says, she was off Methadone entirely.