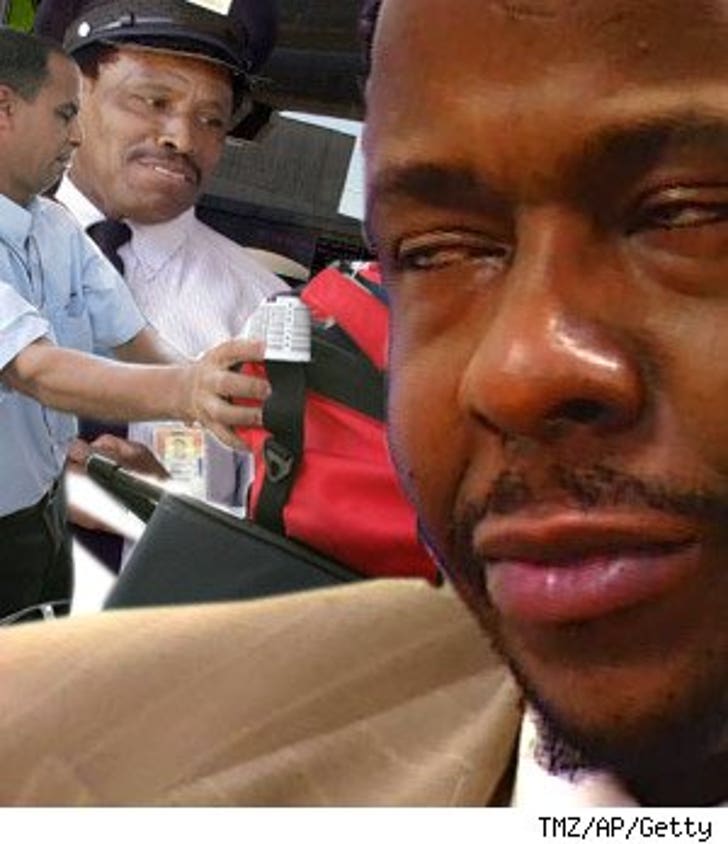 We hear Brown was in St. Louis for a concert a few weeks ago, and hired a chauffeur to transport him and his entourage from the airport to their hotel.

Sources say Bobby and crew enlisted in the help of a couple of airport skycaps to load his massive luggage. Bobby's brother, el cheapo Tommy, asks the chauffeur, "So, do you guys take care of the skycaps or what?" The shocked driver informed the Brown crew that it's not a part of his job description to pay for skycaps -- so we're told Bobby asked for a loan!

Our source says Brown asked, "Hey, man, do you have like ten or twenty dollars on you?" Evidently with all the people traveling with Bobby -- they didn't have enough cash to scrape up 20 bucks!

The driver loaned Brown the money, and dropped him off at his hotel -- but our source says Bobby never came back down to pay his debt!

Whitney must be laughing all the way to the ATM.