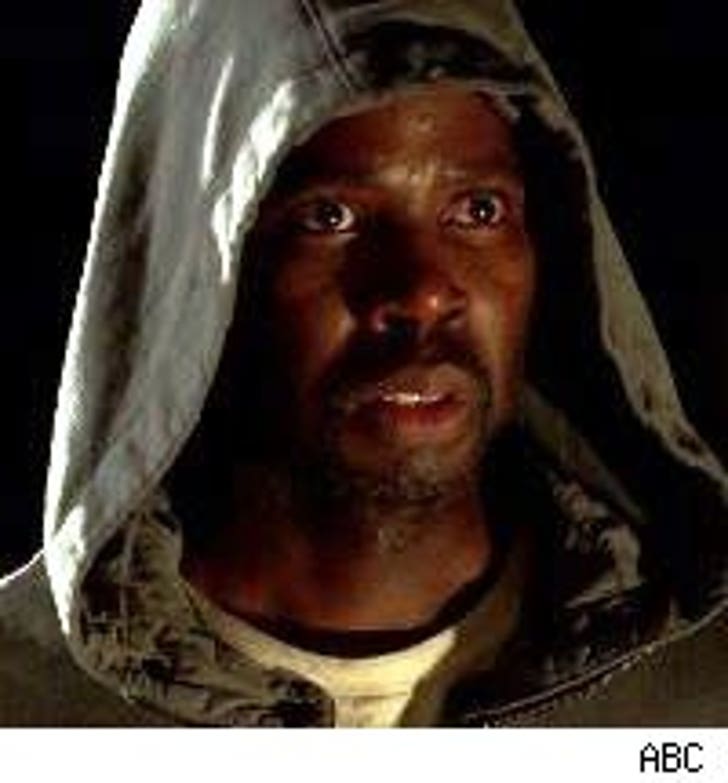 Hey, it's Daniel from TMZ here, back with the last "Lost" Diary before our Writer's Strike hiatus.

I took off Thursday and Friday from work so I can stay home for four days straight and watch nothing but college basketball. Now that "Lost" is on, I kind of don't know what to do. Who would be the four number one seeds in the "Lost" tournament? I go with Ben, Locke, Jack and Sayid -- I think they best represent what "Lost" is about. I'd have to put Widmore in my Final 4, though somehow he's becoming more and more of a player as things go on.

For all you "Lost" Diary newbies, here's how it goes: I gather with a group of friends watching "Lost," writing what happens on the show as it happens, and throwing in my two cents along the way. I am watching tonight's episode of "Lost" alone as Lauren is MIA and Ari wanted to wait and watch with her. Lauren's commitment to "Lost" is embarrassing these days and frankly I think it's time I take the show on the road once "Lost" comes back from hiatus. Anyone got room on their couch for me? I'll bring the chips! Let's roll ...

9:01 -- Locke is hosting a tupperware party of sorts as he brings everyone up-to-speed on what's been going on. Another scene where people tell other people things we already know.

9:09 -- Ben is giving Alex (who, along with Karl and Rousseau, looks weird in actual clothes) a map to the Temple. Perhaps, finally, we'll see what the rest of the Others have been up to.

9:10 -- Did anyone notice that, like, EVERYONE is listed as being a guest star tonight -- including LIBBY??? I don't even know what to make of this info right now.

9:11 -- We're flashing back now -- hopefully to explain how Michael ended up on the boat. Or maybe we're flashing forward, I don't know.

9:17 -- Didn't work though, as Michael wakes up in a hospital, looking a little worse for wear -- and dreaming of Libby.

9:18 -- The note pinned to Michael's chest was written to Walt. Something obviously happened to him, the question is what.

9:19 -- Apparently, Walt is just fine, living with Michael's mom. Not showing Walt is a clever way to cover up the fact that he he's, like, a foot taller than he should be.

9:21 -- "I want a gun. I want a gun with bullets." -- Michael. He wasn't kidding when he said he wanted to die. If at first you don't succeed by driving into a shipping container at high speed ...

9:27 -- Seems real enough. Oh right, this is months ago, so he's not dead yet. Totally forgot about that.

9:28 -- Tom tells Michael that the island won't let him kill himself. Did the island cause the car crash that kept Jack from jumping off the bridge at the end of last season? Hmmm ...

9:30 -- After Michael tries and fails to shoot himself in the head, a conveniently-timed newscast reveals the wreckage of Oceanic Flight 815 has been found. What fantastic timing!

9:31 -- According to Tom, it wasn't Ben that staged the plane crash -- it was Widmore. Either way, the point of the fake plane crash is the same -- to keep people from finding the island.

9:32 -- Tom even has an entire file -- complete with cemetery photos where Widmore got the the 324 bodies. Details, details, details.

9:33 -- Tom is trying to guilt Michael into being Ben's "guy on the boat" -- and he's doing quite a good job of it. We're just past the halfway point of this episode and I have to say, while it's interesting to see how Michael got onto the freighter, it would have been more interesting to see how he got from the island back to NY.

9:38 -- Not only is Kevin Johnson on the boat, but so are Minkowski and Naomi. What are the odds Kevin and Naomi ended up getting together? Thought I picked up on some vibes there from Naomi.

9:41 -- Man, Tom would make a great football coach -- his motivational speeches are awesome.

9:43 -- Lawnmower Man is giving Michael his theory that Oceanic Flight 815 is really out there somewhere. Michael is probably more inclined to believe him than most.

9:45 -- The conveniently-timed random gunfire gives Michael all the motivation he needs to open the box, where he finds ...

9:48 -- ... and a note that reads "NOT YET." Watching Michael try and kill himself all these times is like watching "Groundhog Day" with Bill Murray.

9:54 -- But it's actually Ben, trying to explain how he's different from Widmore and how he didn't kill Libby and Ana Luca -- Michael did. Michael already feels bad enough -- does he have to rub it in?

9:55 -- Ben is giving Michael the game plan for taking down the freighter. Sounds easy enough (and apparently it was).

9:56 -- And now we're back to now ("Spaceballs" reference) and Sayid is outraged that Michael is working for Ben. That's like the future pot calling the kettle black, no?

9:57 -- Sayid is selling out Michael to the captain, and I'm imaging the captain will shoot him in the head and grant Michael his wish. This is the act that will begin Sayid's downward spiral that leads him to go work for Ben.

9:58 -- Rousseau, Alex and Karl are making their way to the Temple. Almost forgot about them.

It's important not to think of this episode as a season finale or anything like that -- it was just intended to be the 8th episode out of 16. So I don't want to hold it to the same standard that I would a finale of some kind.

That said, this episode fell a little short for me. As I mentioned before, I feel like we were kind of robbed of half of the "What Happened to Michael?" story. It was interesting to see how far into depression he sunk over killing Ana Lucia and Libby. And they did give him a pretty good reason for working for Ben, when really I never thought they'd have a real good one. But I can't shake the feeling that we missed a good opportunity (but I understand that they pretty much can't show Walt ever again).

All in all, I'd say we got a solid, but not spectacular episode of "Lost." I give it a C+. While there are plenty of things I liked about the episode, if I had said to you going in, "Tonight we find out what happened to Michael since he left the island and how he ended up on the freighter" -- wouldn't you have expected an unbelievable episode? I know I did.

As for the ending, there are two possibilities: 1) Lawnmower Man took the helicopter back to the island with some people and now they have Alex (just like Ben didn't want) or 2) Ben knew that Richard and company would never let Rousseau and Karl in the Temple, and they killed them (in which case Ben sent them out there to be killed -- assuming they're really dead).

Well it looks like we're off for about a month. I absolutely, positively promise I will do a question answer column on Monday over at thelostdiary.com -- I am way too far behind. Click here to send me a question.