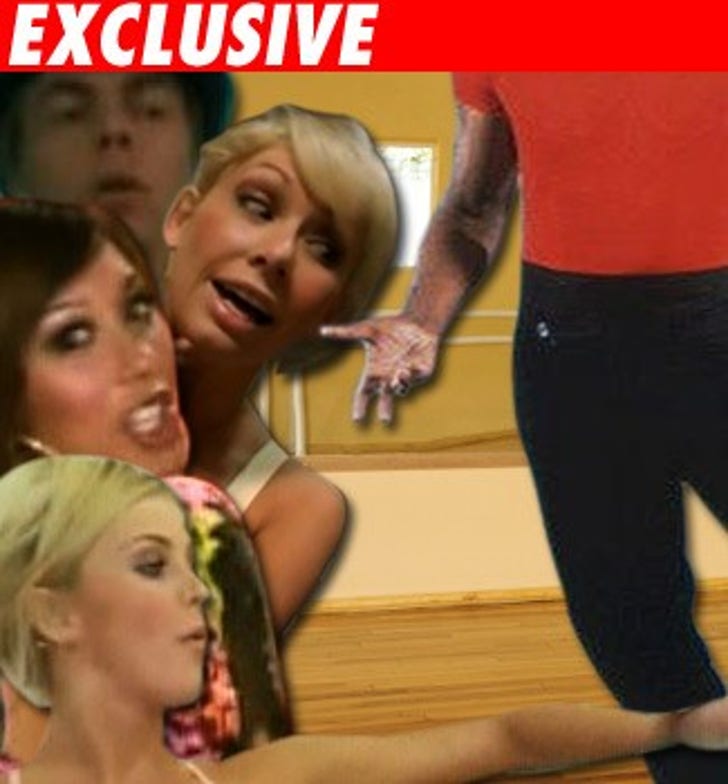 So you think all those performances on "Dancing with the Stars" are arranged by the professional dancers, like Cheryl Burke? Think again, people.

Our spies -- and they're unimpeachable -- tell us many of the routines are arranged by outside choreographers, especially when it comes to the "younger, less experienced" professional dancers, like Burke, Kym Johnson, Derek Hough, and his sis, Julianne.

The show makes it appear as if the professional partners create all the moves for the celeb contestants -- but that's just not the case. All that rehearsal video is a little deceptive -- we're just sayin'.

One source says, "Cheryl Burke is the worst" when it comes to arranging her own material. She relies heavily on outside help.

BTdubs, we shot video of Cheryl Burke with one of the professional choreographers -- Wendy Johnson -- outside an L.A. restaurant. We're told Wendy worked on the dance that won Drew Lachey the cheesy trophy.

For the record, Cheryl's rep says any insinuation that she gets outside help is a "blatant lie," adding that Wendy Johnson is a good friend of Cheryl's -- she's known her since she was 11 or 12-years-old. Also, the rep says, Cheryl "spends Tuesday night choreographing her routines in her apartment."

An ABC source says it's not against the rules for the dancers to use outside help.