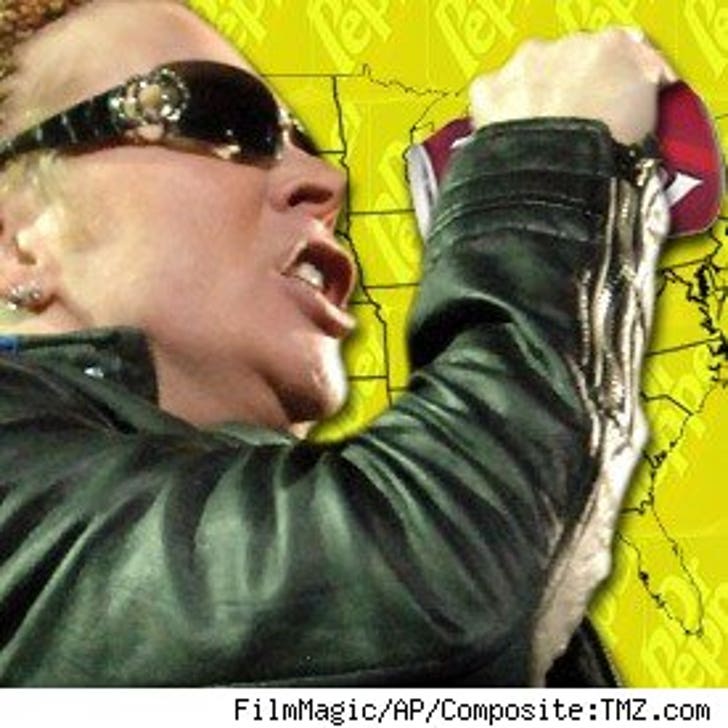 Here's the deal - the good Dr will prescribe everyone in America (except estranged guitarists Slash and Buckethead) a free can of Dr Pepper if Axl gets it together and releases the album sometime, anytime, in 2008. No lies --TMZ spoke to media reps for Dr Pepper -- they confirmed the authenticity of the offer 100%.

Speaking from his cave, Axl released a statement on Guns' website. The shrieking singer quipped that he'd gladly share his Pepper with Buckethead since some of his work is on the album. Aww, sweet child. Rose however, did not mention anything about getting out of bed and finishing the damn album.

Fans -- some of whom are now approaching middle age -- have been waiting in their flannels for a new Guns N' Roses album since 1993. Welcome to the career slump!